DAYS THAT SEALED A SEASON 7

Ten minutes had existed between the Blues and the end of the FA Cup trail for another year. A collective sigh of relief could be heard in the East Midlands as East Manchester prepared for the replay. Could City keep the run moving past the dark days of winter? We would very soon see. 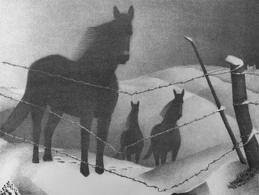 If "the February sunshine steeps boughs and tints the buds and swells the leaves within" it sometimes has a funny way of showing it. In the Midlands, budding trees were conspicuous by their absence as City clawed away a point from a game they should really have won. After a half season of hitting the moon, Aleksander Kolarov's enthusiastic and frequent shooting produced a second goal in four games and, as one would expect waiting this long into the season, it was a thing of quite troubling beauty, as it slid its way around the wall and the outstretched fingers of Ben Foster and inside the far post with the width of a small Serbian cigar to spare. The 2-1 lead that this offered City until 15 minutes from time would have shrunk the gap with Arsenal in 2nd place to two points but Gardner's penalty evened things up and Kolarov's late blockbuster went the way of previous attempts only troubling a freezing cold man in the crowd. 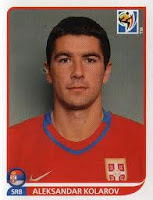 With this point, City gained a foothold on their West Midlands bogey that had already seen defeats at Molineux, The Hawthorns and Villa Park. Unfortunately, the way it was delivered made it feel unnecessarily bleak. City's luck had been missing, gloriously summed up when Micah Richards, attempting one of his unorthodox energetic clearances, collided head to head with Nigel de Jong, poleaxing both players and leading to Richards being subbed by Kolo Touré. As the two men shook hands, an interesting scenario took shape. Whilst the player exiting knew next to nothing of what had just happened to him, the one replacing him knew little more of what was about to befall him in the coming weeks. Sister Fate still had a trick or two up her flowing white sleeves.
The next challenge presented by the West Midlands was altogether different as a lethargic looking West Brom succumbed to Carlos Tevez's neat hat-trick. With the skipper regaining top form in time for the Old Trafford derby, City prepared to travel across the city boundary in good spirit and growing confidence. The match against United had a familiar finish, even if it took a strange route to get there. With City playing impish, one touch football from the start, David Silva missed an early chance to flatten out the nerves, when he toe poked across the face of Van Der Sar's goal. It had looked simpler to score. The same City player would eventually find the net, but by then it was an equaliser in the 2nd half, after Nani's strike had made it 1-0. Silva actually knew nothing of it as Dzeko's surging run and clipped shot went in off the Spaniard's back.
A touch of luck had brought City right back into it and now they forced the pace again, only for a deflected cross to loop up past Kompany's jump and onto the flailing shins of Wayne Rooney. The story had already been written by our friend Sister Fate and a connection, which nine times out of ten would have sent the ball whistling past Mike Phelan's offspring in the red brick enclosure in the Main Stand, rocketed the ball past Joe Hart's right ear and into the top corner. As befitted a player who had been on the brink of leaving the club at Christmas, Rooney threw a Croxteth Crucifix pose and the media went into meltdown. If you were lucky enough to possess a Sky subscription, you saw nothing else for a week. Commentators jockeyed for superlatives and high pitched eulogies. An avalanche of adulation washed down off the Old Trafford precincts as the so-called noisy neighbours finally piped down a little. Only the moaning of the deeply afflicted could be heard from those in blue.
What we didn't know at this point was that there would be one more unexpected meeting between the sides, one more chance for City to redress the balance. We would see what hand Sister Fate would play then and what volume the end of season songs would be played at.
Sandwiched between Europa League duty against Aris Salonika (0-0 and 3-0) came the cup replay with Notts County, or Plucky Notts County, as the press would have it. With 27 Million Pounds Edin Dzeko again on the scoresheet, the 5-0 stroll looked just the job. It covered up a series of indiscretions, however, and three of the goals came in a slightly surreal last 5 minutes. As Chris Bailey put it. "Despite three goals in the final six minutes they will have to perform much better if they are to lift the venerable trophy for the first time since 1969."
Indeed City had needed four games just to get past Leicester and Notts County and enter the 5th round, a sunny spot most Blues are not that used to basking in. These heightened expectations of some kind of breakthrough were beginning to heap on the pressure. Still, in this new climate, it had all appeared somewhat laboured and the looming tie at home to Villa seemed a perfect opportunity to step up a gear and enter the sixth round. The month ended with the dreaded visit of Fulham, fast becoming an inexplicably difficult opponent in Manchester. Having used the big guns to quell Notts County and Aris, City put in a lethargic performance and, despite a beautifully crafted goal from Mario Balotelli, were held to a draw. With March hoving into view, City's tired troops were being asked to gather themselves for crunch ties with Villa in the Cup, Dynamo Kiev in Europe and a trip to Chelsea in the league. In the next few days it would become considerably clearer how the season was going to go.
Posted by Simon Curtis at 7:11 AM