A DELAYED ARRIVAL IN HEAVEN


Remember your first visit to Maine Road? Or the Etihad?
How does it feel when this life changing moment occurs in middle age? 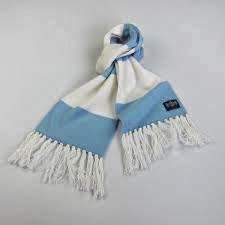 My devotion to Manchester City isn’t part of some ancient tradition, handed down from father to son.  I’m not Mancunian. I’m not even English. I’m a middle aged American, who grew up mostly on baseball, basketball and hockey, up in the cold and lonely reaches of western New York State. I’m a stranger, a convert.

A bit more than a decade ago, I’d grown tired of American sport, with its player strikes and steroids and great green mountains of cash, and I had a six-year old son who showed no interest in baseball or NFL, but whose eyes lit up when he saw the Mexican and Nigerian kids from our neighborhood playing five a side in the local park. I wanted to give him a club to love.

There was an article, about devoted supporters sneaking into Maine Road to spread their loved ones’ ashes. There was an online photograph of a ruddy, round-bellied man, squeezed into a blinding chartreuse striped jersey with “brother” stretched across the chest, celebrating the Miracle Over Gillingham. There were the Gallagher Brothers, wrapping festering sibling discord in City away kits.  And it was all happening in the shadow of a rival that always managed to be a little more slick, a little more polished, a little more successful (okay, okay, a LOT more of all those things.)  Being a City fan meant believing in the impossible, the unbelievable, the True. From the beginning, City felt familiar.  City felt like home.

My son, now seventeen, bleeds sky blue, like his father, but it’s different.  For me City is ghosts and borrowed nostalgia, Colin Bell (a player I’ve never seen, not even on film) dazzling the adoring Kippax masses (a place I’ve never been). 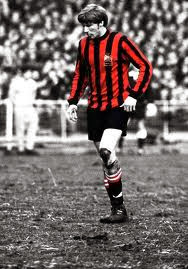 For my son, City is Kun Aguero and the Little Magician and the fearsome majesty of Vincent and Ya Ya, live in our living room at 6:30 on Saturday morning.  My City is a little like Albrect Durer’s rhinocerous, a mix of eyewitness accounts and my own secondhand imaginings. My son’s City is a You Tube channel, as real and close at hand as the dozen sky blue jerseys hanging in his closet.

This is a golden age for American City fans: five years ago, it was nearly impossible to watch matches in the States; today, every single match is televised, and the Internet provides a steady stream of City ephemera. We’ve seen City play stateside exhibitions, we’ve gone broke ordering shirts and tchotchkes from the Official Online Store.

The only thing we hadn’t done, is make the pilgrimage to Manchester.

What we found in Manchester was far different than either of us expected.  And far better than we had ever imagined....

Next time,  Oz in the Eastlands.