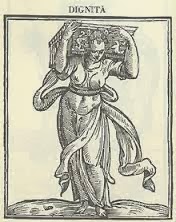 Both Daniel Taylor and Paul Wilson reported on the following two matches between City and Arsenal in Manchester, one a thrashing of City, the other a pulverising of Arsenal. Ten years and a gulf in attitude separate the two matches...

Arsenal can console themselves that Manchester United endured their own ordeal here in September, and Tottenham suffered even worse when they were hit for six without reply in November, but it was still a deeply chastening experience for Arsène Wenger's team. Arsenal's manager said he did not want to use their midweek Champions League tie in Naples as an excuse, but then proceeded to do exactly that. Title-winners generally do not cite fatigue midway through December and Wenger was stretching the truth to the point of incredulity when he argued Arsenal might have extended their lead over City to nine points rather than being cut back to three.

City, he said, were "not unbeatable" on that performance, adding that Everton and Southampton had been just as good. A more realistic appraisal is that Arsenal were outplayed and finished in near disarray, with Jack Wilshere risking a ban for showing his middle finger to the home crowd and Per Mertesacker angrily remonstrating with Mesut Özil for not applauding the away fans; the midfielder later apologised for the omission. Maybe it could be put down as merely a one-off. But Arsenal, put bluntly, did not look like champions‑in-waiting, or even close.

At half-time the historians among Arsenal's fans might, without exaggeration, have been thinking about the record 12-0 victory against Loughborough Town in 1900, but their team settled for just one more, Patrick Vieira scoring the fifth. Nicolas Anelka's late consolation, set up by the otherwise maladroit Robbie Fowler, was a mere irritation.
The incredible thing on an afternoon when, undeniably, it was only Arsenal's drowsy contentment that spared City more humiliation in the second half, was that their fans remained so supportive. "Any other club in the world, boos would have been ringing in our ears," Keegan said proudly, before adding a flat note. "I suppose you could say we've got the crowd, we just haven't got the players."


* In 2003, the Maine Road crowd stood and clapped Arsenal and their manager off the pitch.
* In 2013 the same Arsenal manager claims Southampton are a better side.