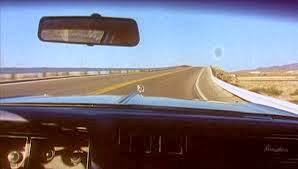 Laudrup walked up in a wavy line and hit the press ropes first. I knew it was him from the stacked
hair, that weird slanting coxcomb, the cheap Scandinavian aftershave. "Hi boys, take a slurp out of that little brown bottle in my shaving kit if you like." He said as nonchalantly as you'd expect.


"What is it?" I asked innocently.
"Adrenochrome," he said. "You won't need much. Just a little lick."

The bottle went round the gang, Ladyman, Samuel, Ashton, even the bush-haired, boss-eyed monosyllabic guy from the Flintshire Evening Leader. We all dipped the tip of a finger into it. "That stuff makes mescaline taste like ginger beer.” said one of the guys with a crash helmet on, who was already beginning to tilt to one side. “You'll go completely crazy if you take too much."

He nodded smiling weirdly and said something very fast in Danish. Something about marmalade.

"The adrenaline glands from a living Fulham central defender," I said. "It's no good if you get it out of a corpse. Tastes like shit."

"I know," he replied. "So we left Jol well alone.” He laughed at that. Some in-joke that we’d pick up on later when we'd sobered up. I told the guys I'd just as soon have a fresh adrenaline gland to chew on as glugging this shit from a brown medicine bottle.

The fella from the Flintshire Evening Leader was dribbling down his sheepskin by now. He was talking to a giant portrait of Rodney Marsh on the whitewashed wall. “Journalism is not a profession or a trade. It is a cheap catch-all for fuck-offs and misfits -- a false doorway to the backside of life, a filthy piss-ridden little hole nailed off by the building inspector, but just deep enough for a wino to curl up from the sidewalk and tremble like a chimp in a cage.” he was saying.

Marsh’s expression didn’t flicker one iota. He kept his eye very much on the ball.

Outside, the game had started in the meantime. I hissed and panted, went the wrong way into The Mancunian Suite. You buy the ticket, you take the ride...and if it occasionally gets a little heavier than what you had in mind, well...maybe you have to chalk it off to forced conscious expansion: Tune in, freak out, get beaten three or four nil. Walk away and prepare for West Brom.

There had been a slow start to proceedings. Either that or the adrenochrome was working backwards. “You can't stop here,” one of the waitresses yelled in a freak high voice, “this is bat country!” Somehow we made it through to half time. Only once did I see the net move. A shot from kilometres away by some pirate guy in big-ass shorts. There was a weird pause, as the crowd didn’t know whether to clap or start rolling joints. We headed downstairs with Ogden and a few of the more unhinged looking from the Telegraph crew. 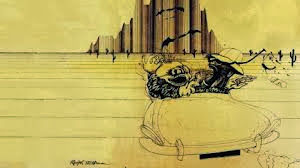 We had two bags of grass, seventy-five pellets of mescaline, five sheets of high powered blotter acid, a salt shaker half full of cocaine, and a whole galaxy of multi-colored uppers, downers, screamers, laughers, plus the Brian Horton elephant pills in a funny purple velvet bag with a drawstring. Also a quart of tequila, a quart of rum, a party case of Boddingtons, a pint of raw ether, a box of Tesco extra long straws and two dozen bags of salt and vinegar whizzers. Half time would be a blast.


The second half looked more like a third half from where I was slumped. Much faster, much more psychadelic, more power, more movement, more goals, more legs, more colour to the shirts, more weird animals dancing around the touchline. Every now and then when the patterns got complicated and the little weasels in blue shirts started closing in, the yellow and purple guys looked confused, hemmed in, freaked out. I summed up the only cure for them would be to load up on heinous chemicals and then drive like a bastard from Collyhurst to the Mumbles with the music at top volume and a pint of ether to keep the road lines more or less straight. Laudrup would have approved, back there in the tunnel still addressing the bacon issue to a man from the BBC in very fast words of Danish.

Maybe it meant something. Maybe not, in the long run, but no explanation, no mix of words or music or memories can tell us just why that little Frenchman with the imp face had turned it all around like that. Whatever it meant. . . .in retrospect, what actually happened was... a kind of blur.....blurred legs and minds and recollections, billowing nets and those little whistling imps with three heads.

We aimed the big 650 Lightning across the Ship Canal at a hundred miles an hour wearing nothing but L. L. Bean shorts and a padded training jacket we had lifted from the Megastore....booming through the airport tunnels, not quite sure which turn-off to take. There was madness in every direction, at every hour. So now, in the gathering twilight, I hooked up Geddy’s tablet and there it was.

With the right kind of eyes you could see it quite clearly: I closed one eye and began down the league table as deliberately as the cavorting lightning in my eyes would allow. Manchester City and Swansea were sure to be in there somewhere, if I could just focus long enough.