CHINKS OF LIGHT, RAYS OF HOPE 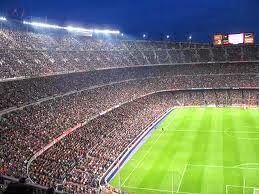 If ever an attitude difference highlighted where City can take solace before the seemingly impossible task in
Barcelona, today it presented itself. There follows an excerpt from Sid Lowe's Guardian report on Barcelona's feeble display in losing to Valldolid at the weekend:

"At the end of Barcelona's defeat in Valldolid on Saturday afternoon, Víctor Valdés took refuge in the bathroom.(...)  ...here, all was quiet. Valdés positioned his camera and filmed a video résumé of the game, a kind of selfie press conference with a wall of white tiles replacing the usual collage of sponsors. This was, he said looking at the camera, a "bad game." The video is 30 seconds long and towards the end there is a suspiciously familiar noise. It is the noise of someone flushing Barcelona's title challenge down the pan.
That, at least, is the way it was greeted, and not entirely without reason. Outside the stadium something was launched at Gerard Piqué; the following morning everything was launched at all of them. El Mundo Deportivo feared that Barcelona had left "half a league" behind in Valladolid. The only surprise was that they said "half." Others didn't; they insisted that the entire season had escaped. "The players threw away the league ... and we were ashamed of them," ran the headline in Sport, yellow lettering screaming out from a cover in funeral black. The following night, Real Madrid defeated Levante 3-0 at the Bernabéu. "Madrid break free," cheered AS.
Barcelona are only four points behind Real Madrid at the top, one behind Atlético Madrid in second, and there are still 11 matches to go. One of them is the clásico in a fortnight's time, the chance to take points off their rivals and close to within a solitary point. Afterwards, Tata Martino was talking about the maths; Barcelona would continue to fight for as long as the title is mathematically possible, he said. Which is fine but when you start talk about the maths it's never a good sign and the maths doesn't make happy reading. Here's one simple sum to start off with: Real Valladolid had won just four times this season before Saturday. Now it's five...."


Nobody needs reminding that the gap between leaders Chelsea and now-4th placed City is nine points, evidently an insurmountable canyon in Spanish terms. City are not even in the mildly disadvantaged chasing position of 2nd place. Here then is where City may just have a tiny chance. Despite the arguments over Pellegrini's penchant for Martin Demichelis's special brand of casual fouling at the worst possible moment, despite the distinct lack of goals where once there was a flood, despite Edin Dzeko conducting a personal pilgrimage to find the best way to miss an open goal from subbuteo distance, Barcelona are rattled and the press have their knives out and those little bits of stone to sharpen them on.

Manager Tata Martino is, we are reliably informed, not Pep Guardiola and the feeling is that anyone, whoever he may be, will now suffer by comparison. The locals have been spoilt and the slightly below par performance thus far is being greeted with growing amounts of howling and shrieking.

This, surely, is an opportunity for City to tear into their opponents on Wednesday night. Pellegrini's recent liking for slow, methodical starts to games is in stark contrast to the rampaging early periods witnessed in December and January, when time after time games were sealed and delivered before the half time whistle had even come out of the referee's top pocket. The question begs to be asked, do Barcelona feel more comfortable with a chess board opening half an hour or facing an apparently fearless opponent hell bent on carnage? The early goal, if it falls, will cement all of those doubts in the home players' minds and will have the whistlers and the handkerchief owners out on the edge of their seats on the steep slopes of the Nou Camp. 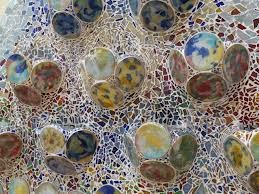 City saw from the first leg that Barcelona are not unbeatable by any stretch of the imagination. Even with a man less, the Blues carved out two or three presentable chances to equalise, before Danny Alves' late sealer. Valladolid, a pedestrian low lying team with hopes set only on avoiding annual embarrassment, have now proved it can be done relatively painlessly. There is enough here to work on, if Pellegrini is bold and returns to the ethic of those heady days before and after Christmas, when City's forward momentum was fearfully strong and coming in from all angles of the pitch.

Unfortunately, the contents of February and march mean that doubts have surfaced in Manchester too. Form has suffered. Key players have been injured. This is not the barnstorming City of two months ago, which would really have put the cat amongst the Ramblas pigeons, but there is still enough hope, still more than enough reasons to believe that Wednesday night can still deliver something memorable for Vincent Kompany and his men.
Posted by Simon Curtis at 4:35 PM