THE COWARDS OF EUROPE

Mr Allison’s words looked just fine in Turkish and were read by the supporters and staff of Fenerbahçe, the unkown Fernebahce, with their makeshift boots and their cowardly aroma of sticky back plastic.

No spine. One man team. This is what they said.

And the reader numbers clicked by as the words flowed. And the war was waged on all of us.

It would all be fine, he said.

He looked through the list one more time, admiring it, staring at it: Kenneth Mulhearn, David Connor, George Heslop, Alan Oakes, Glyn Pardoe, Colin Bell, Anthony Coleman, Michael Doyle, Michael Summerbee, Francis Lee and Neil Young. That would do, he thought. That would do nicely.
And captain Anthony Book thought so too. It would do. Even though Anthony Book, captain and right back, captain and inspiration, would not be there to play the makeshift men from Turkey. Not only would it do, it would be fine.

But no spine and no spirit was the message from the men in the press. 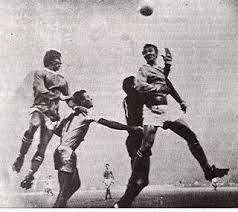 Joseph Hart looked into his mobile phone to find music and to find the newspaper headlines that would talk of mercenaries and last chance saloons and failure and gladiators and Roman ruins.

The mercenaries. The pound stretchers. The bunch of cowardly individuals that were not a team. The cowards of Europe.

Mr Allison did not smoke a big cigar.

The Estadio Olimpico was empty. Thousands upon thousands of empty blue seats. A silence lay around the place. 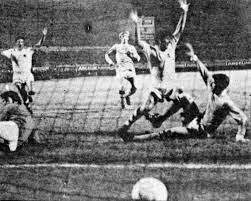 The people bounced and jumped, bounced and jumped. The people in the choked roads lit flares and banged drums. They shouted and sang and made a frightful din. The din entered the coach and the players of Manchester City sank behind their newspapers, with the din ringing in their ears.

Joseph Hart and his team mates sat silently in their modern bus. It slid down empty streets towards the stadium in a swish of near silence. The roads were dark and still.

The BJK İnönü Stadyumu was surrounded by people. They looked wide eyed and excited. The people jumped up and down and thumped their fists on the side of the bus as it edged forward, inch by inch, inch by inch.

Kenneth Mulhearn had a headache. He closed his eyes and he closed the curtains. The little curtains only went halfway across the window and the people thumped even more. Kenneth Mulhearn had serious doubts and serious pains in his head. He did not at all like the look of the scene outside his unfamiliar smelling bus.

Anthony Book revised his thoughts. He did not any longer feel that all would be well. He felt something knotting in his stomach and he turned to Mr Allison and told him so.

Mr Allison smiled a weak smile and said none of the things he usually said on the bus to the stadium. 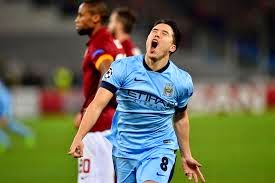 The Stadio Olimpico was already reverberating to the distant noise of firecrackers and song. Red favours fluttered past the graded windows of the luxury bus as Joseph Hart looked out at the excited throng. Joseph Hart adjusted his earphones and settled a little lower in his luxury padded seat. He did not hear the faint bangs or the distant cries. Joseph Hart heard only music.

Out in the dank streets, people moved in the shadows. No noise came through the graded windows. The graded windows shielded them from any noise. The bus glided and the people mouthed wordless things.

Not really sure how we've all survived these long years without CampoRetro, but now they're here, they make a difference to our mundane and tepid lives, spent buying disappointing pies and chasing next door's cat with a cricket bat.

Now they have taken the wise move of offering one of these beauties for FREE. All you have to do is answer the question below the images. 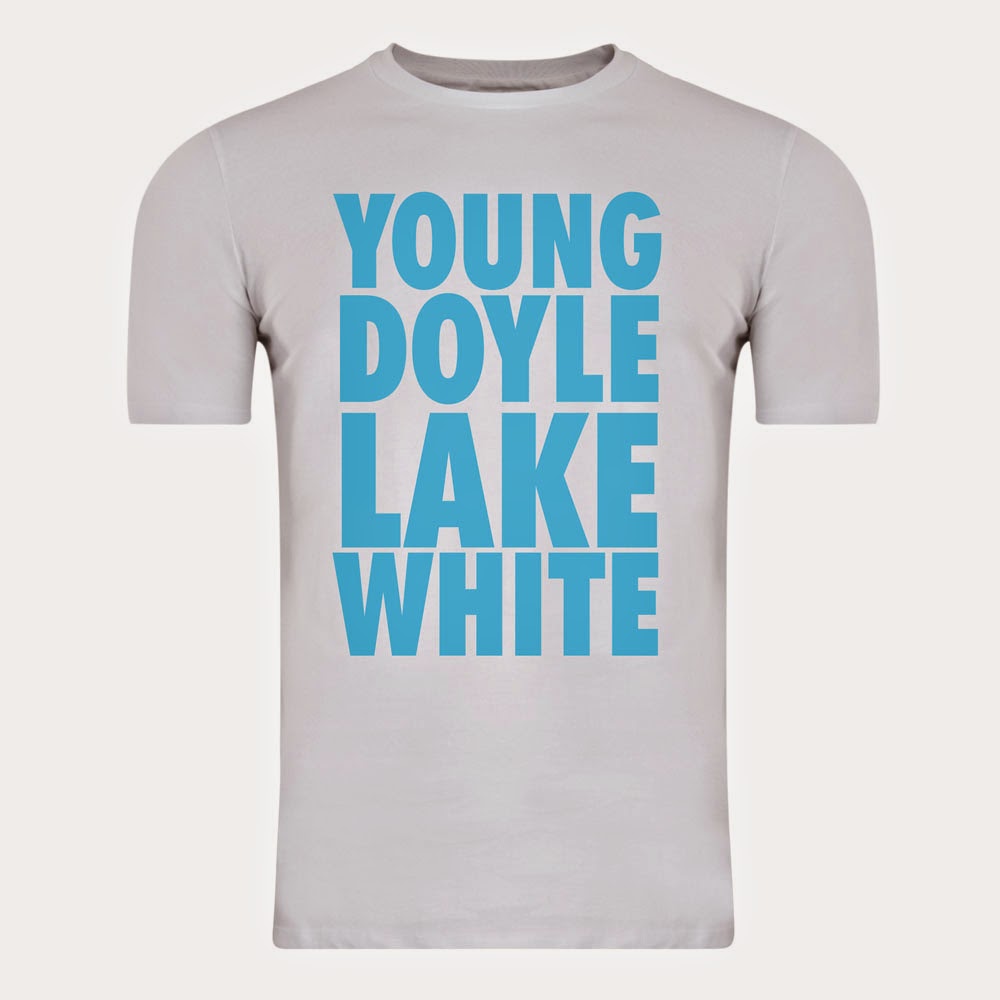 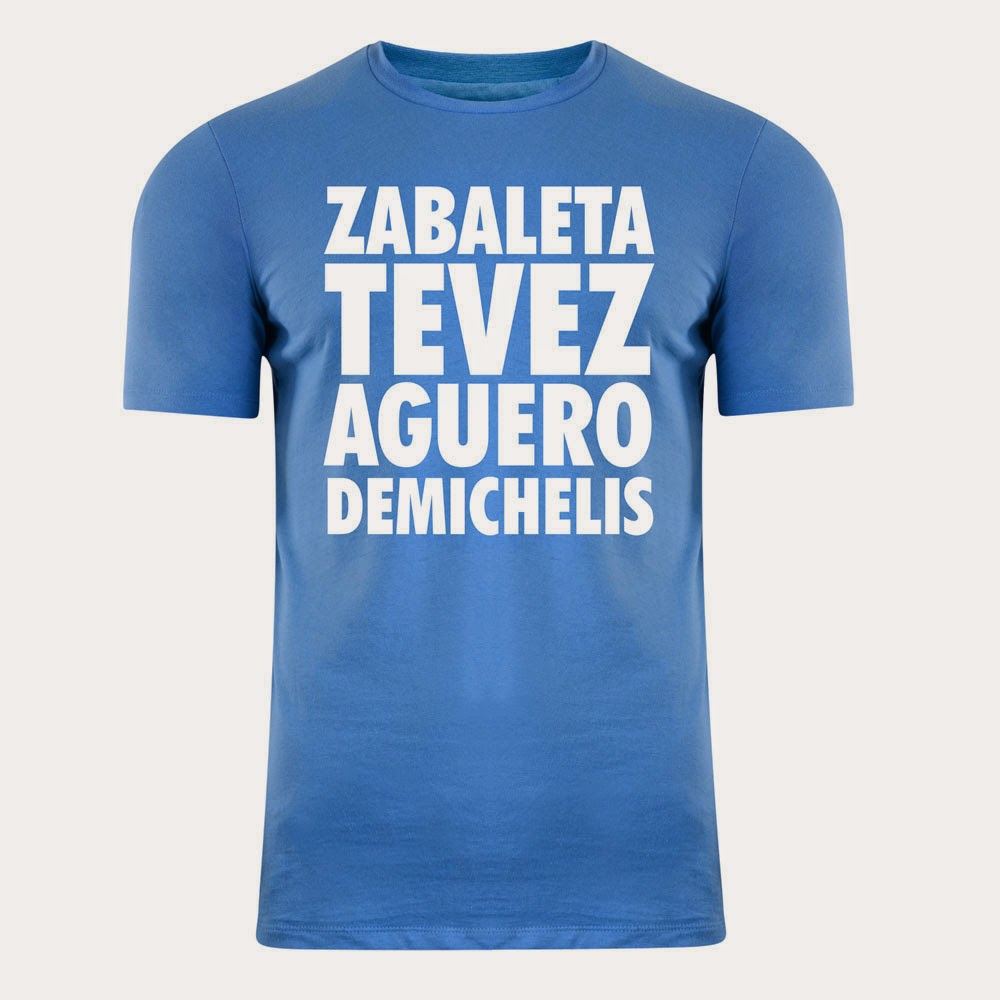 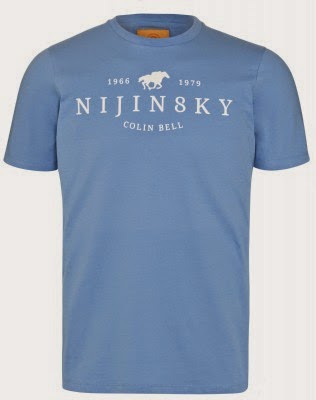 
You won't find the answer here, but you'll find a heap of stuff you'll want to wear: http://www.camporetro.com/Shop-By-Team/Premier-League/Manchester-City

You should state preference for one shirt or another and mention in calm tones just how large you have become since becoming addicted to wagon wheels. Answers to the quiz should be sent in to competitions@camporetro.com

Entries in before 25th February please.

Best of luck and remember the answer is not, was never and never will be Buster Philips

Posted by Simon Curtis at 3:21 AM No comments: Links to this post

Coming away from Stamford Bridge with a point, having come out on top in every aspect of the game except actually winning it, should not be scoffed at. For those stating it was the big opportunity missed, I beg to differ. An opportunity, perhaps, but it is diffcult to imagine there will not be more moments to take advantage of in the next three months. Even in the light of twenty four hours to digest the ebb and flow of a fascinating contest, the word "missed" might still not be the most apt.

Did anyone expect Manchester United to lose at Wigan and concede a ridiculously careless 4-4 draw with Everton three years ago? Did anyone believe Liverpool would self-combust against Demba Ba and the gathered might of Crystal Palace a year ago? Football continues to enthral and surprise and will no doubt do so again before the end of this campaign. We just don't know how and who it will affect.

City have plenty of previous on the catching up leaders against the odds front and, even if key players are three years older than the first time they managed it, they can plainly still do it. As some have begun to hint, a side whose core has has been together for four years, will soon necessarily begin the process of overhaul. But here at a darkened and atmospheric Stamford Bridge, it was City's elder statesmen carrying the game to Chelsea for long periods of a tight physical battle.

With Chelsea backpedalling to such a degree in the second half that they looked like the away team, City's territorial dominance was not matched with really clear cut chances. When chances of sorts did occur, they fell to an Aguero in improving form but not quite back to the full coruscating net-blasting impishness of pre-Christmas. Two other presentable opportunities fell to Fernandinho, one of the side's less potent threats in front of goal. The first he skewed just wide, then met a second half cross with a downward header so ill directed, it nearly burrowed underground before bouncing over the bar. The evening was, soon afterwards, done.

City, though, had much to be pleased about. Dominance is a fake friend when the opposition choose to reduce their input to stalling tactics, but in doing this, far from simply preserving their five point advantage, Chelsea were admitting they could not do any better.

As statements of intent for budding Premier League champions go, it didn't exactly shout superlatives from the main stand roof.

Pellegrini had clearly done his homework. Bacary Sagna, a surprise inclusion on the right of defence, had his best game in a blue shirt, raiding willingly up the flank and partnering the surprisingly effective Navas in subduing much of the obvious threat posed by Eden Hazard. Tellingly, when Hazard did free himself to get on the end of Ivanovic's crossfield pass, his cleverly volleyed cross back across the City area - taken early to wrong foot the onrushing defenders - resulted in the opening goal, with Kompany again looking suspect as he made it into position but retracted his right leg at the last moment. Whether trying to avoid knocking it into his own net, or uncertain whether he'd reach it or not, with Remy right behind him, Kompany really had to attempt to get his foot on it in one form or another.

This was a shame both individually and collectively, as both the captain and the side in general had been performing much better than of late. With Navas also finally pounding for the byline instead of circulating in that infernal cutting back loop that he sometimes seems trapped in, he was City's most effective attacking threat and, with Sagna, provided City with a strong outlet down the right.

Fernandinho in the centre was immense, shutting out the threat from Matic and making up for Fernando's lack of zip. Matic is an immense player and can run riot through the central areas if left unchecked. Much like the missing Yaya Touré, if allowed to boss the middle areas, he will do just that with consummate ease. It is curious that City's raids on the Portuguese Liga for defensive midfielders has brought Garcia and now Fernando northwards but never alighted on Matic, easily the best of the lot. With Clattenburg generously allowing a string of his fouls to go unpunished, whilst booking Fernando for leaving a loose leg hanging, Matic could maintain a robust presence and City needed all of Fernandinho's wiry energy to stunt the big Serb's progress.

With Milner providing his usual spirit on the other flank and David Silva desperately foraging for any tiny spaces that he might be able to open up, City bossed the game territorially, had the better of the possession stats, provided almost all of the game's shots on goal and - in their substitutions - were clearly the only side trying to win it as the game grew old.

Five points remain between the two sides, still a mere trifle at this stage. With Touré and Nasri to return and the firepower of Bony to be added to this side, there is no reason to doubt that City can continue to provide a strong challenge in the coming weeks. Chelsea, stuck in a habit of playing the same side each week, may well rue this later on, if and when tired limbs begin to give up on them or loss of form finally affects some of their more important players.

All to play for, certainly. Chelsea have the points advantage but a supposedly record global audience watching on tv around the planet, will have noted which side was hungrier, which side had the greater cohesion and which side came closest to winning this breathless and compelling top of the table clash.

Posted by Simon Curtis at 10:19 AM No comments: Links to this post