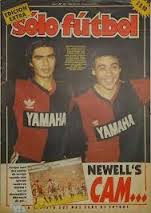 Thanks to Down the Kippax Steps, Solo Fútbol's Tabla Moral from the 80s in Argentina is enjoying a re-run in the 2015-16 Premier League. In it, we hope to highlight blatant wrongs, crass errors and large slices of injustice:

The opening day of the season produced several lumpen performances from fancied sides but, despite some of the more precious managers' protestations, little in the way of controversy.

Whilst José Mourinho tried his best to produce a theatrical piece to camera from Chelsea's 2-2 draw with Swansea, the red card for Thibaut Courtois was deserved and the penalty award to Swansea correct, the keeper taking out Bafetembi Gomis at thigh level as he was entering the penalty area.

Elsewhere the only noteworthy explosion of ire was heard at Carrow Road, where we were treated to a brand new Premier League referee and a brand new intepretation of the 100 year old rules of football to boot. In Simon Hooper's * shoes, what would you do: opt for a low key performance to ease your way into the way of Premier League things on your debut or go for broke making one of the wierdest football decsions in many a year, wiping out in one ill-conceived sweep of your arm a century or so of fantastically acrobatic goal scoring?

Doesn't require an answer, of course, as the hapless man went for broke and decided to take us all
into the new and thrilling territory of judging overhead kicks dangerous play. Thus in one fell swoop Dennis Tueart, Denis Law, Jurgen Klinsmann, Trevor Sinclair, Stan Bowles, Charlie Nicholas and a host of others could forget the airborne heroics they had treated us all to down the years. The feet were too high. There marvellous goals should not have counted.

As a result of this moment of Numb Brain in the Sun Syndrome, Norwich were docked not only a perfectly good goal, but a stunningly executed one. That, along with the clearest penalty of the weekend, also not given by the prodigious Mr Hooper, makes Norwich the first recipients of the Tabla Moral slight readjustments.

So, awarded the goal that they deserved and the penalty that should have been given, the Carrow Road Tabla Moral result is corrected to Norwich 3 Crystal Palace3.

No other troubles elsewhere, unless you judge Peter Cech's performance for Arsenal to be contravening the rules of normal goalkeeping ("It's Wojciech Szczesny in a hat" shouted the usually unfunny Independent), thus making the first table of the season look like this:

* Remember the name. He looks promising in a Hairless Mark Clattenburg sort of way.
Posted by Simon Curtis at 11:11 PM