REELING AROUND THE FOUNTAIN 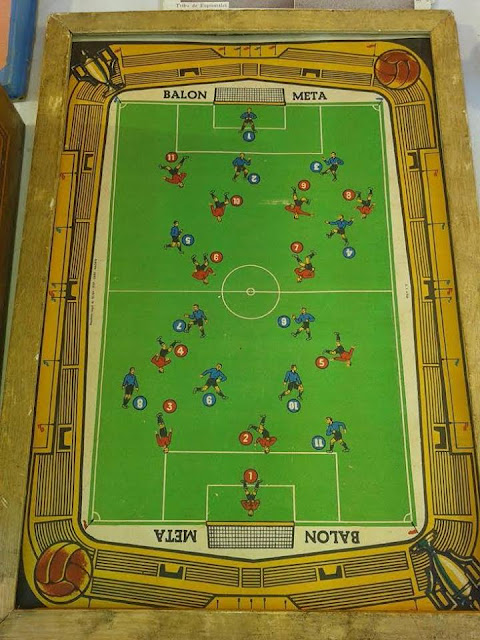 A brief look at tactical deployment during the Premier League era -

Part One: From Reid to Keegan

An England playing style reminiscent of Pep Guardiola’s City has been evident in the last two international friendlies played under Gareth Southgate. With two members of the back four well versed in the Catalan’s modus operandi, the idea was plain to see.


Kyle Walker and John Stones have become well used to the high risk low maintenance possession game that Guardiola espouses and their working of the ball through tight spaces for England was reminiscent of many City performances this season.
With Tottenham and Liverpool also providing plenty of players for the national team, Southgate appears to be propagating a similar style of play to those teams. Possibly only the contingent from Manchester United have a steeper adaptation process to tackle.


All of this pleasant tippy tappy football is a far cry from the early days of the Premier League.
As chronicled by Michael Cox in his seminal book, The Mixer, England’s top flight tactics have developed a degree of sophistication that was noticeable only by its absence in the 1980s.


The arrival of Guardiola in England has further fine tuned a growing penchant for a strain of meticulously planned possession football that has carried City right to the top of the domestic tree and threatens to plant them even deeper into European football’s psyche this season.
As English football has developed its tactics within this timeframe, City’s style and shape have also seen several significant changes of direction.


As founder members of the Premier League in 1992-93, City played a brand of unsophisticated percentage football under Peter Reid, a robust approach copied by many in those early days.  Games with Wimbledon involved craning the neck to follow the path of long balls punted towards John Fashanu, while Dave Bassett’s Sheffield United thought nothing of pumping the ball incessantly down the middle and onto the broad forehead of Brian Deane. With Chelsea’s front line including bar room brawler Mick Harford, the ambling bulk of Tony Cascarino and the pugnacious Neil Shipperly even the aspiring classes were liberally scattered with battering rams. Crystal Palace, with a fast running duo of John Salako and Chris Armstrong that scorched many a pedestrian defence, also favoured getting them free as quickly as a Geoff Thomas welly downfield  could instigate.
Reid, a workhorse midfielder for Bolton and Everton, had reached England status in time for the 1986 World Cup, where he was famously outrun by Diego Maradona in the fateful quarter-final game at the Azteca. Shaping a side in his own truculent form, Reid cobbled together a team that was both difficult to beat and hard to watch. If he had looked like a steam engine being passed by the Bullet train in Mexico City, Reid’s City side at least contained some semblance of pace down the right from David White and at left back from Terry Phelan. Otherwise it spent most of its time chugging rather than flowing.


Reid was joined in a workaday midfield by Fitzroy Simpson, Mark Brennan and his Merseyside mucker Steve McMahon, by this time a portly version of the all-action pivot that had served Liverpool so well through the mid-to-late eighties.
On the left ex-Oldham Athletic technician Ricky Holden is perhaps still feted as the slowest thing ever to be released down the side of a football pitch in the history of the Premier League.


Despite a concomitant lack of pace, with two 5th place finishes and a 9th, City were well placed to advance. A reliance on the somewhat agricultural tactic of finding the totemic Niall Quinn, who would nod down high balls to a stream of heavy-breathing midfielders arriving (very) late into the box had brought its rewards, but the feeling was that City’s star was once again beginning to wane.
Reid’s system unravelled at the start of 1993-94 after an ill-disciplined pre-season tour of Holland revealed little beyond hitherto unseen pace in certain squad members getting to the airport bar at Schiphol.


As City’s new management coordinator John Maddock searched for a replacement for the swiftly ditched Reid, the names on the short list yelled Route One: Joe Royle, Dave Bassett, Steve Coppell, all of whom had had success with unsophisticated tactics at Oldham/Everton, Wimbledon/Sheffield United and Crystal Palace respectively. Oddly, given his predilection for outright disaster, chairman Peter Swales’s gaze had also fallen briefly on Terry Venables, who would have provided a very different tableau of football tactics had his signature been pursued to a close.
Four years later Venables would bring England to the verge of European Championship success in 1996 with a fast flowing side dominated by the grace and guile of Paul Gascoigne, Teddy Sheringham and Darren Anderton.


For the time being, City were stuck with the more prosaic skills of Gary Flitcroft, the ageing hulk of McMahon and the intimidatingly bent nose of Michel Vonk. The man charged with getting results from a stuttering side was also to come from left field.
Nobody at the club could have envisaged the tactical revolution that came about under Reid’s little-heralded successor, Brian Horton. A manager with scant top flight experience, Horton proceeded to give City wings, quite literally. But first he had to make do with what he had inherited. This included a lightweight midfield built on the shifting sands of Norway’s Kare Ingebrigtsen and AlphonsGroenendijk, a Dutch midfielder with the stringy build of Arnold Muhren but none of the delicate placement.


A stodgy season grew increasingly tetchy as City sank towards a relegation zone occupied by flyhackers Sheffield United and a wilting Oldham, plus a Swindon Town side already long aware of their fate. Horton’s influence began to be seen that spring. With the recruitment of David Rocastle from Leeds (a swap that took White’s diminishing pace to Yorkshire), City’s midfield suddenly possessed a degree of class not seen for some time. In came Paul Walsh up front and Steffan Karl in midfield. An unknown German by the name of Uwe Rösler also joined from 1FC Nürnberg, as did Everton’s hot and cold winger Peter Beagrie.
Things clicked immediately. Rösler and Walsh both scored in a rousing 2-2 draw at Portman Road, before big wins over Villa and Newcastle plus a Karl-inspired victory at The Dell dragged City clear of the trap door.


With the flying pair of Nicky Summerbee and Beagrie feeding a front two of Walsh and Quinn or Rösler, City’s historical flair for attacking football was rejuvenated the following season (1994-95). Although Horton’s team’s lacked much of the sophistication and precision of Guardiola’s side, the end result was often strikingly similar, with a flurry of high scoring matches and unrivalled entertainment. Mobility in the forward ranks allied to effervescent wide players driving for the byline meant City’s shape had been irrevocably altered towards the offensive. A better balanced midfield diamond housed the energy of Ian Brightwell or Steve Lomas in harness with the drive and craft of McMahon and the speed and trickery of Summerbee and Beagrie. For a while it was a bewitching concoction, with early season dismantling of West Ham and Everton boding well for what was to come. When City came up against another side playing a broadly similar style, Ozzie Ardiles’s Tottenham, a festival of attacking ensued, with City running out 5-2 winners in a match still warmly remembered today.
It spoke volumes that such an unhinged match got Ardiles the sack, while City sailed on happily to a League Cup tie at Loftus Road the following midweek, where another attack-and-be-damned performance saw a 4-3 away win. The squad was thin, however, and it took little to break the magic. A 3-3 draw with Southampton was the prelude to a horrible cave-in at Old Trafford (0-5) and Horton’s experiment was on borrowed time. The diamond finally shattered completely in a League Cup quarter final at Selhurst Park, where the usually ineffective John Salako and Chris Armstrong suddenly turned into Gento and Puskas. City’s five man attack left the defence half naked and even Salako knew exactly what to do when confronted with a semi-dressed Alan Kernaghan: Run for your life!

City’s descent from the Premier League to the third tier of English football was overseen by the tactically bereft Alan Ball. A World Cup winner from 1966, the flame-haired Ball carried none of the nous and playing ability that had brought 72 England caps to his managerial career at Maine Road. The peak of Ball’s season in the sun saw him give the incomparable Georgi Kinkladze a free role in behind the strikers, but forgot to tell Steve Lomas what to do to help.
It was the Premier League era of Juninho and Cantona, Bergkamp and Zola. Even dreary old Bolton had Sasa Curcic, but the trick was finding a system into which these maverick foreign talents would fit. City and Ball failed to do so with dramatic effect, as did Bolton, fellow relegation fodder that season.
Ball had done much the same in his previous post at Southampton, turning them into perennial strugglers on the back of his idea to "just give the ball to Le Tissier". Relying so heavily on one talented individual - albeit in the case of Kinkladze and Le Tissier extremely talented players - meant resentment from others and a lack of a coordinated system.

As Summerbee later stated "Ball changed systems all the time to accommodate Georgi and changing all the time is a sure sign you don't have a clue what you are doing". *

Producing the feeble “Buster” Philips from Exeter and announcing that the winger with the frame of a 12 year old would be England’s first £10m player reeked of desperation, while Ball’s tactical teach-ins simply smelled the place out. Tiring of trying to organise his own team, Ball eventually sat back and enjoyed other peoples’ dismantle City, as in the 4- and 6-goal beatings at Anfield within four days of each other.
With no discernible shape at all under Frank Clark, Asa Hartford and Phil Neal, City collapsed further. Clark's gamble of getting even less talented players than Ball had worked with to fit in around Kinkladze's mesmeric skills brought disastrous results.


Such was the shambles inherited by Joe Royle late in 1996-97, in fact, that a return to Reid’s Dogs of War style was deemed the only real way forward for a club truly down on its luck. With Kinkladze now underused and a short experiment with a free “running” Peter Beardsley ditched, City were on their way to the third tier.


Incredibly that Dogs of War philosophy carried City a certain way on the road to recovery, the acquisition of bull like central defender Andy Morrison and later well travelled Richard Jobson provided a solid defence for the first time in four years. Royle also struck lucky with a little and large strike force of Paul Dickov, stolen from Arsenal, and Shaun Goater. While Dickov provided unstinting graft, Goater soon proved to have the uncanny nack of scoring off absolutely any part of his body he got in front of the ball, including a shoulder in the play-off semi-final with Wigan that brought City to the edge of a comeback to the second division. Goater had the nimbleness of a man delivering a piano, but was one of those players who just could not stop scoring.
Cavalier days eventually returned under Kevin Keegan. City’s boom or bust tendencies were there for everyone to see, as Keegan’s all-out attack would eventually give way to the ultra prudent stewardship of his assistant Stuart Pearce. Keegan's fantasy line-ups and the vast desert plain of Pearce’s tenure will be tackled in Part Two, as well as a look into the We'd Rather Not Score tactics that almost ruined an entire generation of City fans.

* From The Mixer by Michael Cox

Posted by Simon Curtis at 11:25 AM No comments: