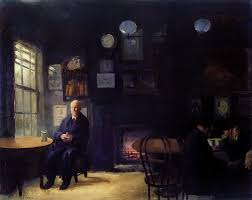 Even in terrible times, the sight of Burnley heaving into view was always an invigorating moment.

The mind turns to goals, barrowloads of goals, banged in from all directions in all conditions, mainly - it has to be said - by Shaun Goater. This is a fixture, when all is said and done, that has been kind to City for many a long decade.

But, there is also something else that will not go away, despite the merrily flailing limbs of Paolo Wanchope and the shuddering posts and bars. In a roundabout way, it also features a bar too, although this one wasn't quivering after a Carlos Tevez thunderbolt

Despite Shaun Goater's annual party-piece, the avalanche of goals year after year, an act of weapons grade shenanigans by a Burnley player still comes to mind. Step forward - for it is near-on impossible to shake off the memory, Mr Kevin McDonald esquire.

McDonald's name will forever be associated with the 2010 Turf Moor fixture that saw City rush out of the traps and into a scarcely credible 5-0 half time lead. It had been 3-0 after just seven minutes, with many away fans still taking their seats. If Burnley had always been reasonably pliable opponents, on this occasion they were constructed from guacamole.

With the home side trying their best to stay on their feet in the face of Roberto Mancini's increasingly rampant team and weather conditions that could fairly be termed inclement making the pitch look more and more like nearby Lake Windermere, it soon became clear that a possible abandonment was the home team's only real hope of salvation.

Burnley were not helped by the presence in goal of Brian Jensen, a Dane built like an outside lavatory, who, as the BBC kindly  put it that evening, "seemed to be betrayed by poor handling". This was a phrase, often put in slightly less eloquent terms, that attached itself to the burly Jensen like chip paper to a brand new pair of Adidas Gazelles.


McDonald, however, had his own abandonment already in mind and, by half time, as his bedraggled team mates made it to the shelter of the steaming Turf Moor dressing room for a quiet cup of tea and a vol-au-vent with their famously laid-back manager Brian Laws, he was already harbouring a plan of his own to blunt the drama.
Laws, famous for fostering all-or-nothing team spirit at Grimsby, where he had once laid more than jazz hands on the individualistic Ivano Bonneti during a frank tactical appraisal of the Italian's forward play, leaving him with a fractured cheek bone, cannot have been overly taken with Burnley's first half showing.

When he issued the magic words, "Kevin, If you don't mind too much, I'd rather not see you out on the park second half," McDonald's plan began to take shape. By the time Steven Fletcher bagged Burnley's consolation goal on 71 minutes to make it 6-1, McDonald had joined his father in the near-by 110 Club  and was watching the live action via its big screen, while delving heartily into a variety of salted snacks.

The intake of beer and peanuts helped crystalize some other basic thought processes, however, and McDonald's public repentance was soon being splashed across the morning's press in erudite and respectful tones:


"I now realise it was naive, disrespectful and totally wrong of me to leave the ground at half-time on Saturday, It was a gross misjudgement and instead I should have remained at Turf Moor to support my club and team-mates.

"I acknowledge that I also showed a serious lack of respect to all the fans who were at the ground and who pay good money to watch their team play. I would like to apologise to the players, management and supporters and I have accepted my punishment. In closing, I would like to reassure all supporters that I am fully committed to helping the team as we fight to stay in the Premier League."

The under-21 international, bought at some expense from Dundee, was soon on his way, with manager Laws not far beyond him. Burnley finished the season relegated. Laws next post was at Shamrock Rovers, where you presume beer was not exactly frowned upon.

McDonald  resurrected his career without the need for in-match pub visits at Wolves and now resides at Fulham, where he is an occasional starter in Slavisa Jokanovic's flamboyant side.