DISPATCHES FROM THE OTHER SIDE 20


Posted by Simon Curtis at 1:01 AM No comments: Links to this post

THE ROCK-STREWN ROAD TO DAMNATION 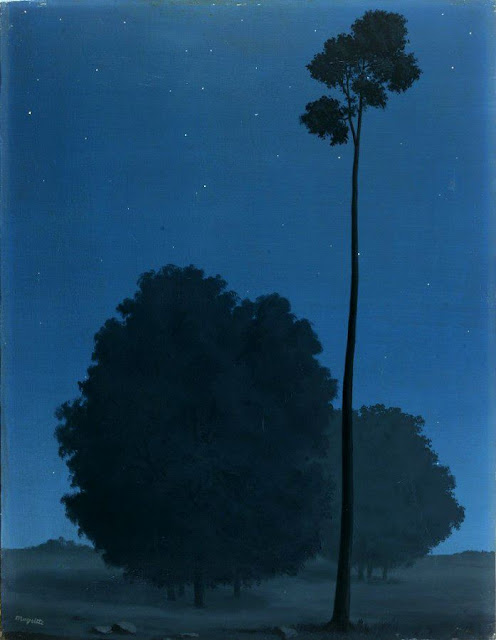 It might be time for a few people to make their mind up about Manchester City and its fans.

I will first own up to a slight bias. I have followed the club since the mid-70s, through thin times and thinner times right through to times so thin, if they stood sideways on, you wouldn't have noticed them at all. Home defeats to Port Vale and Bury, away embarrassments at Stockport and Crewe that it is no longer particularly cool to mention.

There's a joke about how many City fans claim to have been at York, for a third division fixture that also went tits up (everything went tits up between 1995 and the turn of the century). If you're a serious Blue these days, you don't mention these games in earnest. They are a self-perpetuating joke, buried deep and out of the way, because we have moved on from that.

We don't want to be seen to be harking on about Macclesfield's muddy meadows and Lincoln's abysmal away end, for fear of it looking like a badge of honour, the grim sacrifice we made. There's the ripped up season ticket book thrown at manager Frank Clark during the home defeat to Bury. The gallows humour as we beat Stoke 5-2 on their own patch, but still descended to the third tier of professional football because Port Vale and Portsmouth had both managed improbable away wins. There were the Ipswich fans (Ipswich fans!) with the sheet stating "You are the weakest link. Goodbye." as we dropped again. Ipswich, I ask you. And now there are Huddersfield and Burnley fans, whose grounds we packed out in the 80s and 90s, when times were bad, with away followings as big as anything the locals had seen, asking "where were we when we were shit?". Not a hint of irony. Not one hint.

But what exactly have we moved on to?

I can well remember the not so long ago day when almost every neutral harboured a soft spot for City, a soft focus version of the calamity that is the modern Newcastle United: dreadful owner, terrible buys, players who couldn't care less and results that made your hair fall out. Only Newcastle are still in there, just about, still top division, still competing in a flabby sort of way. City descended from the top flight in truly ignominious circumstances, blown southwards after protecting a 2-2 draw with Liverpool that served for nothing at all, bar relegation. The then manager Alan Ball, a small man with a squeaky voice who was almost totally side-tracked by an obsession for himself in an England 1966 World Cup shirt, continued a putrefaction that had set in years before. If fish rot from the head, City had been smelling a bit off from the seventies onwards, when Peter Swales, an Altrincham lothario sporting Cuban heels and combover, took control of the board in a low key coup d'etat.

Swales was a kind of electrical goods tsar from the southern suburbs. He had City at heart, but he was yet another Man in Football, who was extremely busy misjudging his own self-importance.

City's travails after this are well documented. Painful, colourful, blurred but ultimately with a happy ending. We all have the bruises to prove it. The happy ending sees the club in the fortuitous position of having been bought out by the Crown Prince of Abu Dhabi. If you had mentioned this as a likelihood in the Parkside Pub in the nineties, you would have found yourself airborne without a window being opened first to allow free passage to the great Moss Side outdoors. It was a surreal development to the point of melting clocks bearing the face of Barry Conlon.

Things have trundled along pretty well since then. City's FA Cup semi-final date with Brighton at Wembley this weekend will be their 16th in the last nine years. And herein lies a bit of a problem.

Suddenly these things of beauty and charm that used to be so far from our reach that we could only dream what they might be like, are appearing at the rate of at least one a season. The Manchester City of Neil Heaney and Barry Silkman, of Phil Neal and the Whitely brothers, is suddenly awash with high fliers. Big match after big match and each one adorned with some of the most glittering stars in the modern game. Looking at the City bench during the home win over Cardiff - so routine, you felt the players could perhaps have played with their arms strapped to their sides or even wearing some kind of semi-permanent blindfold - and your eyes fell on a well-groomed rank of super-athletes that fair made the eyes water: Kyle Walker, Vincent Kompany, Ilkay Gundogan, David Silva and Bernardo Silva. Crumbs, what happened to Paul Sugrue and Dave Wiffill?.

This, then, is the new City: fabulously well-endowed and gunning for an unprecedented quadruple of League Cup, FA Cup, Premier League and, whisper it gently, Champions League too.

And this is where people have to make their minds up about this club that has dared to be lucky and dared to soar with the eagles. Social media was just a pimply youth when City's demise began, but you cannot go anywhere without its shrill call today. The empty seats commandos are having their field day. City's extended stadium now shows one or two vacancies in certain less-heralded fixtures. Yet, when the club plays away, the invariably packed away enclosure is treated to a weekly dose of "where were you when you were shit?" from the home support.

They can't all be right. You cannot have it both ways.

Is the club heaving under waves of new fairweather support attracted by the success, who have little or nothing to do with Manchester and its environs and have not a single clue who the recently departed Bernard Halford was or what the sacred words The Shay mean to us all? Or is it more a question of a plastic club with no real support for big time football? Is it both? Is it neither? And who really cares anyway?

The answer to the last question appears to be "many people". Plus Dean Saunders, whose grasp on logic and the ins and outs of trying to survive in these straitened times is at best a touch weak. Dean is the type who thinks "500 pounds to see Tom Jones" is something you should do three times in the week, if they were to be his last concerts. Where you grab the 1500 big ones from is another matter and how you gather yourself to go again the following week, as football fans do, is probably best left to larger intellects to look into. Dean's brain works in a different medium; it only stretches so far and the fuzzy velvet of Talksport's microphones are probably - if truth be told - already a throwaway homily or two further than he should have gone.

What might aid Dean, though, and Beccy from Huyton and Dan from Watford and Dwayne from Sutton in their pursuit of inner calm, is a passing knowledge of our great sport's history. For, the very commodity City are said not to have, is the one thing coming out of the club's ears. For good or for bad (and here comes the other argument), City have been around for a long time, many of City's fans have too, in greater numbers in fact than any other top flight club today.

It is perhaps symptomatic of a society that has spawned the foot soldiers of Brexit that so little respect is afforded. Football's tribal nature has always begot thundering one-eyed partisans, but we now have vehicles to spread this nonsense far and wide. As it travels, like a great off-white snowball, the untruths and bullshit roll with it, until the whole colossus is the size of a cathedral.

But it's not difficult if you think about it.

You do the maths. You look up where City's bedrock support hails from. You ask yourself why Liverpool and Manchester United have such swathes of international support. You fathom out why Arsenal, Chelsea and Tottenham can put prices higher than a medium-sized mortgage and still attract punters. You ask yourself why City fans, brought up on luke warm porridge and bacon butties, boo the gold-livery prawns of the Champions League You check how large City's crowds have been from the year dot. You take a glimpse at all those sepia tinted images of crammed grounds from the 20s and 30 and 40s when none of us were alive but Manchester City were registering record crowds. You find the answer to why, the worse City got in those fiendish 90s, the more fans followed them. You figure it out. And when you have, come back and we'll have a proper grown-up chat about it all.

Posted by Simon Curtis at 10:44 AM 4 comments: Links to this post

DISPATCHES FROM THE OTHER SIDE 19

Posted by Simon Curtis at 3:57 PM No comments: Links to this post