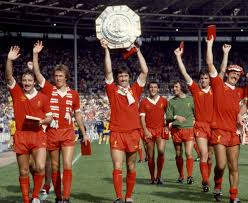 So, Liverpool will be competing for six trophies not seven in this already iconic 2019-20 campaign.


The Community Shield (what even is this, a cup final, a super cup, a supercharged friendly, a noisy nose blow in a damp tunnel?) came and went in its own special way at a Wembley Stadium, filled with the lethargic City support of the summer holidays and a boisterous contingent from The Independent Republic of Scouse.


As a litmus test for the new season, these occasions can tell us relatively little. And yet. Two sides, still lumbering and bumbling along with their collection of tired legs, frothing bank balances and not-yet-ready muscles. City, fresh from a summer of preening themselves after the Abu Dhabi-inspired cup final whitewash against poor dishevelled Watford had delivered an unprecedented domestic treble thanks to unprecedented levels of obscene spending, finally prevailed after Georgino Wijnaldum’s penalty unluckily found the gloved fists of Claudio Bravo in its way.


Liverpool, pert and impressive in the second half, will have taken more from this than City, the eventual winners of the shield. But that means very little, if not nothing at all. As Jurgen Klopp had told us all beforehand in his inimitable way, "this match means very little, perhaps nothing at all.". It had come a week or so too soon for his mighty fine side.
With Mo Salah sprightly and alert, chances to win came and went in normal time. City’s expensive new recruit, Rodrigo, playing in shorts so baggy they looked to be full of desert sand, if not freshly laundered dirhams, stood mostly firm as the red tide washed his way, but it was to another extortionately expensive bauble of the sovereign spending that Pep Guardiola had to sprint at the end to offer heartfelt thanks for this hollowest of victories. Balding £56m Kyle Walker had performed the most acrobatic goal line clearance, charging back towards his own goal with the speed of a Yemeni gunship to hook Salah’s goal-bound header from right under the bar. He may have been the most outrageously overpriced full back in history when plucked forcibly from poor Tottenham Hotspurs, but here he paid a fraction of that despicable sum back. 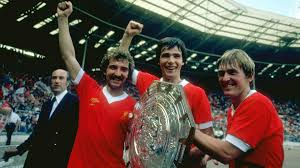 It was to be City’s day. Playing in an unadorned commemorative kit (harkening back to the pre-oil wealth days when simplicity was the key and City’s squads had a rather more prosaic look about them as Eddie McGoldrick and co clattered around the football league), Guardiola’s sumptuous team, constructed at fabulous cost as part of the sportswashing project in the Gulf, cantered easily into early control of this game.

The Catalan chief, looking sullen and sure of himself, cajoled from the sidelines as his expensive stars showed scant respect for the momentous and traditional season opener.


With Ederson fresh back from extended leave, Bravo was entrusted with the goalkeeping gloves and used them well when called upon. In front of him, the glittering array of admittedly pricy defenders were doing their jobs too. £47m (wth add-ons) Kevin de Bruyne strutted in midfield but Leroy Sane, the subject of a daring transfer raid by plucky Bayern Munich, fell awkwardly early on and had to be replaced. A worried hush fell over the City crowd, already being heartily out-sung by the bouncy Liverpool end, fresh from a lusty rendition of God Save The Queen and For She’s  A Jolly Good Fellow. Whether Bayern think City’s ridiculously high asking price for their left winger is worth continuing to press for is a moot point, when a club backed by such never-ending riches decides to try to milk the market this way too. It is a distortion of the market, plain and simple. City cannot have it both ways.
If the horrific possibility of a big City win had briefly been a thought in everyone’s minds in the packed press box after the scruffy opening goal, Liverpool’s second half comeback allayed those fears at least. We had a contest after all! City were not going to canter to more silverware, despite everything! And how they were made to fight and sweat over each millimetre, each blade of well watered British grass.
It is to everyone's relief that we can say, at the end of a game which it would have been fairer to call a draw, that City will once again not have it all their own way this season. It must be heartening for millions of fans from the Tottenham High Road to the precincts of Old Trafford to know that, by the looks of this admittedly early evidence, those mere mortals who have built their squads along regular organic principles may yet have a say in where the trophies go this season. The netspend advocates will have their day in the sunshine. Sportswashing may be the dominant factor right now (and how we have had the term pushed down our throats), but there remains a healthy entourage of worthy contestants to wear City's tainted crown next May. We will all drink to that.

You can also read Generic Iconic's work in the Qatari Morning Bugle.