That Nuno Espirito Santo was a goalkeeper during a nomadic and relatively low-profile playing career might to some extent explain his success in setting up his Wolves side's solid defensive lines against City at the weekend. His team's energy, cohesion and robustness in escaping with a neat 2-0 victory from a ground where almost nobody prevails these days, speaks volumes for his players' belief in his organisational abilities. It also said something about the unusually deep collective malfunction that City managed to manufacture.

Wolves - with five set up across midfield - first thwarted a hesitant-looking City, then took advantage of continuing droopiness after the break - when they might reasonably have expected the charge of the Light Blue Brigade to begin - to score twice on the counter, the hitherto directionless Adama Traore suddenly finding laser guidance for both his runs and his shots. In the forward's case it had been a biblical transformation from the corner flag-bothering whippet of former times.

For their part, City started poorly and got gradually worse. A collective off day, perhaps, compounded by a number of perceived blind-spots from Pep Guardiola (the Catalan has blind spots? Whoa!!!) regarding team selection and positioning. The team's history of success with Ilkay Gundogan and David Silva together in midfield is sparse. With Riyad Mahrez and Raheem Sterling ineffectual, Silva marooned and Aguero cast adrift alone up front, it was left to the makeshift back four to perform their Charlie Farley routine as Jimenez bore down through the middle. Enter the threshing right leg of Nicolas Otamendi, a thing of beauty that should surely find itself a place in any national walking stick museum they intend to open up in Buenos Aires in the not too distant future. For a man from the land of tango to be in charge of such stiff and unresponsive limbs must be close to a crime punishable with a long prison sentence in Argentina.

And yet Otamendi still walks the streets a free man. Possibly for not much longer.

Guardiola too, it must be said, was also busy having an off-day. If he thought swapping Walker for Oleksandr Zinchenko and trotting the amiable but spasmodically terrifying João Cancelo to the right was all that was needed, then the last two weeks' worth of press speculation about Bernardo Silva's mental state must have finally got to him too. The onslaught in the press has thankfully, now that
Liverpool are eight points clear and beginning to breathe more rhythmically, come to an end. Their job done, they can move onto Mauricio Pochettino, while carefully giving Olé Summer Solstice - still at the wheel but looking more and more like the man in the silent movies holding a steering wheel that has long since been separated from its car, which is quietly driving itself down a nearby side street, a polite wide berth.

On this showing, City need no breathless work from the 5th Column to break up their confident stride. They have already fallen over their own feet without the need for a casually outstretched leg from the press box.

And yet. Eight points is neither here nor there to a team that has famously come back time and again in the past, has made it their prerogative to score late winners à la Ferguson and whose spirit has been nigh-on unquenchable as trophy after trophy has landed on the Etihad mantlepiece. Well, with that sort of entitlement comes a need to stay focussed, stay hungry and stay alert. Tricky when said mantlepiece holds all the pots it is possible to win in England, when every conceivable unlikely finish has been conjured, every impossible comeback been rubber-stamped.

One bauble remains untouched by grubby Mancunian hands, however.

Since Malcolm Allison's rampant rallying cry to "scare the cowards of Europe" fell on multiple deaf ears in 1968, City have been bashing occasionally against a big white wall. In recent times their presence has become more frequent, to the point that they have long since passed Arsenal as the Premier league's most consistent Champions League participant. Who'd have thought it, when City flopped out to Groclin Dyskobolia or when Total Network Solutions produced doughty opposition back in the day?

Santander, Widzew Lodz and Bologna may be distant memories, hazy times of slash and wriggle, but they still represent hanging ghosts needing to be exorcised. 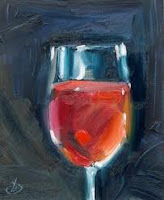 Clearly though circumstances are already beginning to force Guardiola's hand. An early deficit in the league will mean experimentation with the likes of Phil Foden, Eric Garcia and Angelino on a more regular basis, while waiting and hoping that nothing treacherous happens in Europe until the likes of Stones, Laporte, Sané and De Bruyne return. Survive an easy-looking group C and fire up the engines for a new year surge appears to be the name of the game already. It is high time Europe did look at City as more than just a dangerous draw to avoid, but a real and potential name on the trophy. That would crown everything that has been worked for over the last 11 years, would put a feather in what is already a very luxurious cap and carry the extra spice of putting the noses of some of the UEFA bigwigs out of joint at the same time.

Guardiola and his band of merry men will tell you we fight on on all fronts, but some fronts are more tempting than others and there is one that now beckons more strongly then ever before.