AGRICULTURAL LANGUAGE IN THE MUD

The Maine Road mud was thick this particular day, clogging, wretched stuff that had changed the yellow West Brom socks to dark brown, but it didn't stop Peter Barnes from marking his return to the old squelching ground with two excellently taken goals, lifted with exquisite ease around and past the flailing darkened bulk of Big Joe Corrigan. It was a day in which several aspects of life were put under the harsh spotlight of reality: Big Mal's 2nd coming was doomed to an epitaph of failed tinkering and gross squandering of resources; Tommy Caton's prodigious talent was somehow irretrievably tainted (his slapstick airshot clearance allowing Barnes to pilfer his 2nd goal in this game); the departures of Barnes and Gary Owen from their beloved Maine Road were a sad travesty; and City, tragically and not for the last time, thought they were better than they really were. It was all going to end in tears again.

Fast forward more than three decades and you will find one important parallel, the loud and prolonged chanting of a very particular nature, heard after last weekend's game as it was after the West brom defeat of 1979.

Last weekend our brave boys in blue managed the heroic feat of holding bottom three and seemingly ambitionless Birmingham City to a 0-0 draw at home. With the life draining out of all those still managing to watch, Mancini substituted the one bright spark in City's line-up (albeit the bright spark was having a poor game) to bring on yet another defensively minded player. He also switched a specialist full back for a utility fullback allowing the game, quite predictably, to peter out as it had been doing from the 18th minute of the first half onwards, when visiting keeper Foster first discovered that he could get away with three minute goal kicks. Kolarov and Tevez needed to nurse recently injured bodies. Fair enough, but the replacements could hardly be called "final push alterations"....

The result produced a point and kept City in 4th place. Hoorah for that. We live in strange times and keep exalted company and all that. What it also highlighted was the stubbornness of coach Mancini, who seems so unwilling to shift away from his solidifying the defence mantra that we are in danger of taking every little team too seriously, every little point squeezed from barren games like this as nectar to the Gods.


If you want to have a squad bursting with the likes of Tevez, Silva, the hitherto malfunctioning but nevertheless "offensive" Johnson and Wright-Philips, if you want Jo and Milner and Balotelli, then surely one has to lift up this coarse hair blanket a little and waft some warm air into our lives. Watching City on Saturday was like having your teeth flossed by the local plumber. This squad has talent coming out of its ears, but it is being asked to drop the fantasy football and play coalface percentages. My heart is beginning to ache. What you can barely justify against United, you will do well to get away with against a baleful Birmingham City.

To be met by a chorus of boos at the game's tepid culmination is to some a kind of blasphemy, but Manchester City was ever thus. This is an emotional place. This is a side, which has long drained the blood from our cheeks before revving us up again, week after week. How some of us of more antique years have managed to put up with this season after season without lengthy hospitalisation sometimes puzzles me. Why don't I have a weak heart and a nervous twitch at least? There is a necessary release for the frazzled punters, who drink this bubbling soup week in week out. We laugh and chirrup at the names that roll off the tongue so easily. All those black Saturdays chomping at the bit with Jason van Blerk, Frank Clark, alan ball, Tony Vaughan, Tony Cunningham, Jimmy Frizz, Ken Mcnaught, the list of course is both endless and pointless without the inclusion of The Jamie Pollock. But this is to miss the point slightly.

It is not the lists of rich comedians in sky blue that sets our pulses running. We are used to having a ringer or two in every side, after all. No, it is the hope that we may have left these times behind us. The eternal hope, dashed time after time. The great run of wins that suddenly stops for no reason at home to Charlton Athletic. The magic goal-scoring feats followed swiftly by three nil-nils on the trot. The glorious form of the little winger that precedes six months wallowing in the reserves (elite reserves at that) and an alcohol addiction. The 18 million pound Jo, followed by the 50 grand miss. The nil nil with Birmingham followed by the thrilling 4-2 win at Fulham. You see? It really can't go on like this. My physician is writing one of his little notes for me to take to the chemist again. Twas ever thus. 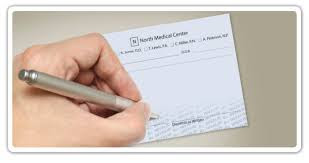