KISSED BY ANGELS AND GETTING AWAY WITH IT


She offered her face up tenderly to be kissed. I looked at her for a second pretending not to understand. Then, holding her in the hollow of my arms, I rubbed my cheek gently against hers, soft down and gently illuminated fluff. I looked down at her for a long, loving moment. "City at Wembley," she murmured breathlessly.

You have to hand it to Signor Mancini. A League Cup semi last season, FA cup semi this. If it sounds like relatively small beer to some, try following Manchester City for 36 years.

1981. Villa Park. Ipswich Town. In the days when FA Cup semi-finals were done properly. The draw was carried out when we knew who was in it, the venues were chosen when the draw had been carried out. Simple, old-fashioned, quite good. Bolton v Stoke? Old Trafford for you. Quite what they would have done with a Manchester Derby FA Cup semi I shudder to think. Then as now It would have been a logistical and police nightmare. They would have sent us all to Goodison probably, where we could not only batter seven colours of heaven out of each other, but be joined by our Scouse brethren for a knees-up to resemble the first days of the Somme.

In 2011 money talks. Sometimes with the dulcet lilt of a foreign accent, but always in a way that is clear enough to follow and devastatingly coquettish to those susceptible. So it came to pass that four teams from the North West of England were informed they must travel to London to play the semi finals of this prestigious tournament in the very same stadium as the final. There is so much wrong with this that one would need a toilet roll the length of the first Nile papyrus scrolls to successfully commit one's grievances to print. One would hope not to be caught short whilst in full flow. Every sheet counts after all, when you are communicating with the House of Herberts.

None of this politico-economic skullduggery should deflect from the fact that tonight, Manchester City sit firm in the semi-finals of the Cup. After an epic attempt to shoot ourselves in the foot, the gallant men of Berkshire were sent packing by the ample forehead of Micah Richards. Here is a young man, who -despite having the innate ability to go to sleep amongst a crowd of hyenas- fills his shoes and shorts with more energy than a small army of clockwork rabbits. Contrast this thrusting, explosive piece of human machinery with the somehow defunct, strangled Shaun Wright Philips. The stadium lights fall on a slight figure, hunched and troubled. After 70 minutes of blind alley running and clog-shoe accuracy, he has the good fortune to exit the green baize to a rapturous round of applause, presumably based almost entirely on our common memory of What Went Before. Anyone else playing like a small lame man with insomnia would not be treated so well.

As is usual with this club, the historical chance offered seemed almost to be too much for us all. A threadbare Reading side, reliably marshalled at the back, but with no huge thrust anywhere else, so nearly took us to what would have been the most unwanted replay ever. Not surprising that Signor Mancini should be in the hill of bodies to congratulate the scorer when the bell finally rang. This then is the City way. Hope springs eternal, but it also knocks you stone dead. 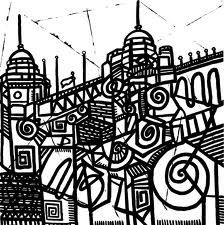 To those of us who have spent a third of a century watching the auto-collapse syndrome of a thousand and one aimless foot soldiers, the knocky-knees of Kenny Clements, the fly-away bouffant of Steve Kinsey, the hitched-up shorts of Mark Lillis, you will not begrudge us this moment of maximum joy. After all, we most certainly do not have long before the next abject humiliation hoves steadily into view.