And that, lads and lasses, is how to put to bed the most troublesome of weeks.

It started with a low rumbling, white static, the sound of the tide crashing up the beach, water flowing into places it shouldn't really get to. Then the warm embrace of Lancashire sun, 7,000 hands clapping, gulls clamouring, the sound of raucous laughter coming through the paperthin walls. It's a Ferrari shifting gears, the gentle clunk clunk of a slice of Mendelsohn, a young woman fiddling with her skirt.

Then crash. It steps up a gear and thunders into sight, menace replacing beauty, thrust replacing grace.It's upon you with a thud. Yaya Touré with DirectionFinder turned off. 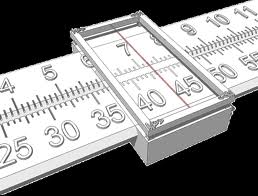 Roberto Mancini leaves Ewood Park with his ears glowing from the tributes rolling down off the packed away end of travelling Blues. This was just the tonic he and everyone else needed after the rocky road through Bavaria nearly brought the mast down from the good vessel Manchester City. Stormy waters and a strong foul-smelling wind from the South Atlantic notwithstanding, this was a broad reach all the way home.

Suddenly some of Silva's slide rules passes may be slightly skewed and Yaya's compass has taken a smack, but still they form a hub of short simple passes that simultaneously gets the team out of trouble, creates space and time to think and launches the next foray northwards. It is the essential middle cog of this well-oiled machine and, even when it is slightly below par, as it was in midweek and in places at Ewood, it does the business. With the addition here of a second half Nasri and a fully-alive Balotelli, we were treated to a waltz of growing beauty.

We will have to -slowly at first, perhaps - accept that this City squad is not for shifting from the top of the table, not about to descend into nerve-ridden bad form, not about to be shaken up by their anxious Champions League debut. This squad is strong in length, breadth and depth, stands up to be counted and comes back for more when the dice are loaded. And the dice were loaded today. Witness the throng of journalists waiting for a good news story from the Blues this weekend.

Today's showing at Ewood Park began with the by-now accustomed assured, possession-filled start and moved on to a second half of sumptuous attacking, counter-attacking, one-touch passing and unerring finishing. The sight of the ball pinging around from City shirt to City shirt with such speed and accuracy, devastating in its precision and beautiful in its accomplishment, still makes me want to rub my eyes and recheck the colour of the shirts. Brought up on Danny Granville, Niel Heaney and any number of other willing pros that were "less than comfortable in possession", this chicken tikka taka is pure nectar, a kind of salve to the eyes after watching Stuart Pearce's muscly favourites welly it into the zones and charge after it like a pack of underfed schoolkids.

If Bayern's crisp possession made City look pedestrian on Tuesday, this was the same trick reheated and served on the humble men of Blackburn. What Bayern might do to Blackburn doesn't bear thinking about, but it would surely end with a humane killing. The week then has taught us several lessons: 1) the Champions League is a different place 2) The Premier League is not 3) Savic will be a big star very soon and 4) a team performing for each other is a team going places.