A comfortable enough place, located somewhere in the Cheshire Rift Valley, close enough to the primal screams of Croxteth but also a lazy four-iron swing from Mere Golf Club and the gin & toasted almond set. A place of fake furs, fake eye lashes and fake hair, of fake empathy and fake worldliness, where you can retire and close the mock Georgian curtains to play Call of Duty and suck on crisps.

A place to be relaxed and calm after the inner fires have spat their public fury.

It is said a little bit of knowledge is a dangerous thing, but in Wayne's World, it may be so insignificant as to not damage us (or him) too much. Who knows? Why was I shouting obscenities into a television camera beaming live to the planet and the planet's children? It just came over me. Why did I give
Miodrag Dzudovic a good kick off the ball in Podgorica? Because he was standing there. Why ask? Dunno.

So, why ask The Thinking man's Potato about his comments last weekend, after his Manchester United side had heroically come back to draw 3-3 with Chelsea? Simply because the young man with the tinted rug decided this was an apt moment to tell the watching world that "Manchester City players would not have enjoyed watching that from us today...".

Taking a well folded leaf out of his Lordship's Book of Brilliant Things (To Say To The Press), Rooney managed to ignore the fact that, in order to make a stirring comeback, they first had to ship three goals to a less than spectacular Chelsea side. I wonder what the watching Manchester City players thought of that? Or maybe they forgot that bit or only tuned in when they heard United's fightback had begun with a couple of shrill parps of Howard Webb's infamous whistle. Just for maximum negative effect, you understand.

The trouble with cod psychology in football is that, whether it be from the mouths of managers such as Ferguson (more often than not a plain lie), Redknapp (smoke-filled media friendly nonsense) or Mark Hughes (with an axe to grind the size of a small Joorabchian owned farmhouse) or from those of footballers such as Joey Barton (mildly entertaining, frequently flawed) or indeed Rooney (nascent joined up thoughts), it really would be better off going unsaid. It is tired, clichéd and counter-productive, tells us precious little and wastes the earth's precious oxygen. 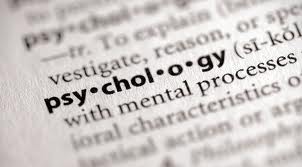 Manchester City's players, gathered together from all corners of the globe, it has often been said, have winners' mentalities. They are not affected greatly by what Rooney or Ferguson might say. Indeed some of these bons mots may rebound and have the opposite, unwanted effect. On the contrary, it is us weathered and beaten folk on the sidelines, who are more likely to upset the applecart. We have been to Valley Parade and seen our heroes fail miserably in the frost and peat with our own disbelieving eyes. We have watched with anguish as cake and champagne turned to stale crumbs and empty burps. We know only too well that Lee Briscoe does not just exist in the dark corridors of our minds.

We also know what United have done to us in the past (horrible, desperate things, let me tell you). We know that they know how anxious we are to finish in front of them. Just for once, ahead of the steaming Republic of Self-Assuredness. Vincent Kompany knows nothing of the 0-5 when Kanchelskis made poor David Brightwell look like a bag of cement. Nigel de Jong didn't twitch the day Cantona and Keane inspired a 3-2 comeback win at Maine Road. David Silva was probably fast asleep on a velvet cushion when Paul Ince ploughed one into the City net in the driving rain at Old Trafford. When the Legend of Giggs began with that "debut goal" (it was a sliding tackle from Colin Hendry, but never mind that) in 1991, Adam Johnson was chewing on a florescent wad of playdough.

It is reasonably safe to say, then, that it is us Night-time Footballers, who must beware. For our psychoses, our bad dreams and phobias will make the whole town jittery. They will turn the Etihad into a cave of ghosts and phantoms. And that will transmit to those players, who have never heard of Buster Phillips, Jamie Pollock and the various Laws of the Scuffed Shot and, ahem, Slightly Miscued Headed Clearance.

We know only too well where we come from. I can still hear the howling laughter in my sleep. Thankfully, Yaya Touré, Sergio Aguero and Edin Dzeko cannot hear such things. For that we must be grateful..
Posted by Simon Curtis at 2:53 AM