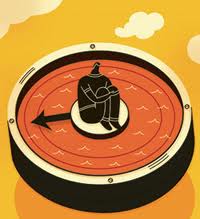 Giving the old moral compass an elaborate whizz this morning, it comes to rest pointing straight at the shining domes and gleaming turrets of Old Trafford, for here we have some very worried individuals doing their utmost - what ever it takes, some would say - to upset the applecart. But the cart is heavily loaded. The apples are ripe and plump and heavy. When you bite into one, a worm waves back. Let us only hope that it is not a woodworm.

Somewhere in the corridors beneath the gargantuan Mecchano set that is Old Trafford, there is an insignificant noticeboard. made of faded cork. It is, my mole insists, dotted with coloured drawing pins and pocked with little holes. On it linger various bits of paper: A please wash your hands memo for the Two Hobbits; an exhaustive timetable for David de Gea's thrice-weekly motor reflex sessions (Ball Catching Monday, Moving left and right Thursday, Dropping Bollocks Saturday/Sunday); Wayne Rooney's Burger king menu and other bits and pieces. Apparently, at its centre is a coloured sheet with hand written boxes and lines. Someone has written at the top in bright red felt pen, "Press Interview Schedule" and listed below every single player and ex-player, plus assorted coaching staff and The One and Only Mick Hucknall. The idea, my informant assures me, is to wheel out one or, in times of great desperation, more individuals to drop a few handy, user-friendly and not-at-all-transparent quotes for the energetic and upstanding men of the press to deal with.

This morning, it was the turn of what might be called "The Heavy Cavalry" or "The Special Shock Troops" to turn out and do its bit for the cause. Rio Ferdinand. Bryan Robson. The grand old men of Manchester United. The Mainstays. The Pillars. The Columns. The Posts. Wit, intellect, eloquence, logic, lucidity, gravitas. None of this matters when you front up the junior reporter from the Mirror. I once saw these guys in action after City's win in Porto and, let me tell you, the phrase "leave no stone uncovered" was not invented for these chaps. Give them a lazy lie or a banal bit of banta and the notepads flip shut as sure as someone shouting Bacardi Breezers! All Free!! Served by the pool!! Kerry Katona!! The stampede produces a Tunisian sandstorm from the carpet. 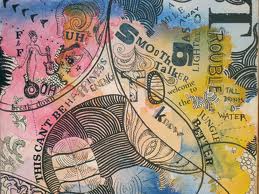 Sometimes this heavy onslaught is exacerbated by even bigger guns from behind the lines. Alan Hansen, Mark Ogden, Gary Lineker wait, training their bazookers on the slim frame of Roberto Mancini. Some of the shots are subtle ones, across the bows, making the cheap jibes of the spotty trainee at the Mail look like a 4th form essay on why the tide goes in and out. City were "under the cosh" said Lineker, referring, incredibly, to last Wednesday's game against Chelsea, when the London club played as languidly as Bette Davis on Ketamine, led through a deflected goal (their second attempt on goal after 60 minutes) and still managed (despite the huge force of good luck evidently flowing in their direction) to be beaten by a City side producing a will to win not seen since Stalingrad fell. According to the lethargic intellect of Hansen, this piece of gargantuan effort and thrust was City "getting lucky". This just a week after a single goal defeat at Swansea was deemed to bring us to "the brink of capitulation".

When Hansen's pet project, the laughably over-hyped Liverpool of Kenny Dalglish, went from 2-up to 3-2 down in the final ten minutes at Fortress Loftus Road, this was considered "nothing to be worried about". No capitulation though, please remember that. Capitulation is losing at Swansea and winning 20 consecutive home games. This new Premier League record was lost to the High Wire Performers on Match of the Day, as they worried themselves sick about Balotelli missing a one-on-one with Peter Cech instead.

But I digress. Once again my paranoia is getting the better of me and I am letting myself think that the world doesn't like me, or indeed you, or any of the other meagre hundreds climbing out of the woodwork this morning to hunt for glory in a sky blue shirt..

For, as Rio says, there are many of us coming out of cupboards and closets, ambling out from behind bushes and trees, climbing down from hiding places in lofts and disused cement mixers, to straighten our hair, try to look normal and pretend we have been "City all along". He even calls us "plums" for reacting to his well aimed drivel, as if all this golden banta is so sacrosanct, it smells of purest musk glands and shimmers like the golden fleece itself. However, maybe we are being hard on him. And on Captain Marvel too, with his Solid Words of Wisdom ("You can never do anything by looking down a fixtures list but..." - *glances down a handily placed fixture list* - "City do have the harder run in". Kerboom! Kerrrang! Kerplunk). 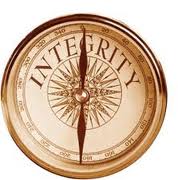 For, if we return to that little coloured chart on the corkboard deep in the sweet-smelling intestines of that venerable old stadium, we can see that, far over to the left, is another column marked "suggestions". Here are the topics to be planted by the day's special forces for good. "Plastic Fans" says one. "Out of the Woodwork" comes another. Under Wayne Rooney, it says, tellingly "UNITED BETTER LIKE". Further down, though, in Paddy Crerand's column (he is due to be wheeled out next Tuesday, just after Ryan Once Again Giggs) it says "Wife-beaters", "Ugly Stains" and "Romanian Mafia". So hold onto your hats, good folks, because the Old Trafford Propaganda Truck, all 56 tonnes of it, is rolling towards us all on big over-inflated tyres and it won't stop until we are all as flat as the proverbial pancake.