The theatre and the drama of it all. What dizzy heights can football not traverse? What uplifting current can this new age of froth and blather not produce? The power to surprise and to rejuvenate is beyond astonishing sometimes, leaving old lags and sceptics light on oxygen and bathing in little carbolic bubbles. Sometimes this old sport can still raise a smile and force out a giggle.

Then there are the other days when your team has just sunk without trace in a vital Champions League game, when your hopes head upwards into the ethereal ink sky and the world looks at you and emits a deep belly laugh. Days when football belts a curver right into the family jewels. When the last umbro diamond of sky blue slides inevitably behind a mass of black smoke and foul smelling rain begins to tumble out of its engorged belly. When your brains curdle at the thought of another descent into the Europa League.

On long dark winter days like this, Roberto Mancini must feel like Giacomo Casanova on a swift dart across the sloping lead roof of the Doge's Palace. “I shall not die, but live, and declare the works of Platt and Kidd,” he might want to wail as he slides off into the night, hot bodies in hot pursuit. They chase him here and they chase him there.

Criticising Mancini after what he has achieved with Manchester City in such a short space of time smacks of a callousness that only football can eek out of normal people, but a pattern that has been developing in his Champions League career deserves at this juncture, at the very least, our deeper scrutiny. The dust from Ajax's successful operation to scythe through City's tactical forest in Amsterdam has settled. The return is now upon us, a match so laden with importance, given City's precarious one point at the foot of the four-team group and Mancini's own Trial by Wapping this week that you dare not consider the fall-out from another Dutch victory. The added spice comes from Daniel Taylor's Guardian article that claims Mancini spent some of the crucial closing weeks of last season negotiating a million dollar contract with AS Monaco as a possible escape if City's season petered out into tears and sawdust. The Italian is never far from the headlines, be it for inter-manager altercations, heinous card waving antics from the sidelines, eerily bare press conference responses or tactical manoeuvring (née tinkering) to the umpteenth degree. Whatever the truth or the reasoning behind City's well-paid manager finding it plausible to move to the French second division from the top of the English Premier League, the news comes at a time when Mancini's Midas Touch is coming into question once again, owing mainly to the shortcomings of his side in continental combat. 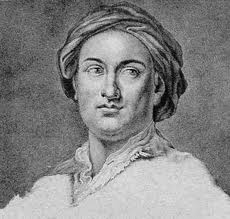 Let us start in the present - where sweat and rumour are hard at work - and work steadily backwards: this season's Champions League campaign is beginning to look strangely reminiscent of last year's efforts, where City ended up with ten points, only to find a poor start had scuppered chances of progression. So far we have the poor start nailed. If nine points are to follow from Ajax at home, Real at home and Dortmund away, there won't be a dry pair of trousers in the house. I for one will be available for interview at the top of Mount Fuji wearing an alan ball shell suit and an empty jar of family sized pickled onions as a hat.

What has befallen us so far? City have managed to...

These three games have rendered one solitary point, seven goals conceded and more shots towards our goal than any other side in the tournament, including the likes of Lille, Nordsjaelland and other so-called "punchbag" sides in reasonably difficult groups.

Last season's campaign has been well documented. The Champions League panned out thus in 2011-12:
The  totals under Roberto Mancini are thus: Played 9; Won 3; Drawn 2; Lost 4; For 13; Against 13

Some of this can be put down to bad luck, some of it to beginners nerves, inexperience, a dodgy UEFA coefficient, dogs barking outside the hotel windows all night and some oddly shaped and less than fragrant southern Italian gnocchi, but not all of it. When we add Roberto Mancini's distinctly ropey record with Inter, debate becomes a little more lively.

Before doing that, it is worth noting, whilst albeit not pertaining to Mancini's Champions League record, he did take Lazio to the semi finals of the UEFA Cup in 2003-4, beating Sturm Graz, Besiktas, Red Star Belgrade and Wisla Kraków before going out to the eventual winners, José Mourinho's Porto. However, when the nitty gritty of the UCL hoves into view, something odd happens. His Inter side never got going in this tournament, losing a steamy match with Valencia that led to sightings of Mancini trying to mask a tv camera's view of an ensuing "melée" between his players and those of the Spanish side. Reverses at the hands of Milan, Villareal and Liverpool followed in the years that came.

Much is made these days of the Mancini, who seems lost in European competition. The man, who -when confronted with the European game's big thinkers and big hitters- ends up with cioccolato dripping down the old Dolce e Gabbana slacks. With the British tabloid hyenas barking down his every word, the frayed edges of Mancini's silky smooth media appearance are beginning to show. Threads are unravelling gently around the sides to reveal a bare Italian bottom.

The ever-growing band of intrepid Mancini followers watch his every managerial step, convinced they are witnessing a man on the brink of implosion, who continually suffers in Europe’s premier competition, a serial failure, the guy who got lucky in the league. They see a guy, who often cuts a frustrated figure on the touchline, his scarf knotted loosely, his arms not sure whether to point or fold, wave a card or point at Brian Kidd. they see all this and they prepare to pounce.

Let us not forget that, after the Inter loss to Liverpool, Mancini blurted a hugely premature resignation speech before presiding over a jittery end of season where his Inter did all they could to allow Roma to overtake them. In scenes almost as dramatic as City's summit with QPR last May, Mancini's Inter only secured the big gong on the final day by beating Parma. Mancini, then, is no stranger to emotionally charged crisis periods, life-sapping end of season run-ins, nor, sadly, continental collapses.

The fact remains that no man, be he English, Italian or neither one thing nor the other, deserves the public whipping Roberto Mancini is currently undergoing. The atmosphere sours with every outrage, every spat response, every sarcastic dig about a hair dryer or, as a Manchester Evening News hack  laughably complained last week, a lack of eloquence when using English. We are watching the gradual erosion of a man's dignity in a very public arena. Alex Ferguson would always resolve such matters quickly and without fuss: banning orders here, gagging order there and Mike Phelan for the rest of you. City, for the time being and for reasons that only they will know, continue to allow their manager to be flash fried on live television. It is beginning to make uncomfortable viewing. For Roberto Mancini, a man of some considerable pride, it is turning him slowly but surely into a sulky, wounded animal. He will not put up with this sort of circus, you imagine, for very long.
Posted by Simon Curtis at 2:55 AM