Sometimes clubs just manage to avoid each other. 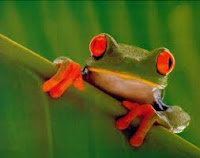 You can count the number of times Manchester City and Chelsea have met in the FA Cup on the fingers of one hand. Two hands if you are an Amazonian three-fingered frog Brachycephalus tridactylus).

In well over one hundred years of mortal cup combat the two sides, hardly strangers in league football down the decades, have met just five times, two of those in the last three years. Two of the other occasions are shrouded in so much ancient grey mist that only the record books will remember them: a 3rd round defeat in 1905 and a 4th round win in 1948. Whilst the fates have decreed that the parallel histories of these two grand old clubs have been strikingly similar, they also decided for reasons known only to themselves that it be best to keep them apart in this particular competition.


City's most recent fixture with Chelsea in the FA Cup came as far back as 1971, at a wet, grimy and tumbledown Stamford Bridge, where a 4th round match was carried off comfortably by a stunningly dominant Colin Bell and his slightly less empowered team-mates to the tune of 3-0. The goal highlights of that clinical and exhilarating performance are here:


Despite many hoping that the two sides would be kept apart in anticipation of a grand FA Cup final between two juggernauts of the modern game, the fixture as a semi-final gives a historical quirk to the occasion and allows the final a scent of the romance of the cup that certain wizened commentators like to state no longer exits. Whoever prevails at Wembley on Sunday, will be faced with the task of getting the mindset just right to take on either Wigan Athletic or Millwall in the final in May. This means the victors here will have to either guard against complacency facing a lesser light at the final hurdle or practise ignoring the sound of rioting off to the side of the pitch.

For City fans a semi-final is still a thing of rare beauty, be it against a recognised superpower of the game or a minnow. It really matters little. To the powers that be, a different attitude appears to prevail, however. It would seem that small clubs and giant-killers are welcome up to and including the quarter-finals, where their tricky dealings with the Liverpools of this world make for fascinating and hilarious television, but thereafter we must assume the role of mickey-takers on the grounds that the likes of Oldham, Barnsley and in this case Wigan cannot find enough fans to fill Wembley. Hardly surprising that Wigan, with a 19,000 home average in the Premier League and Millwall, with 9,000 die-hards at their last home game, are struggling to shift 31,000 tickets each. If the game had been played somewhere that made sense, at Villa Park for example, the arguments and tittering might have been avoided.


City and Chelsea on the other hand will not have a problem taking up their allocations, despite the well
thought-out decision to play all semi-finals in London from now on. In a week dominated by the death of Margaret Thatcher, the keen whiff of rampant capitalism hangs heavy in the air yet again in the FA's insistence on playing these games down south. The massive overspend on our national stadium now means that we are morally mortgaged to the steel bauble for life.

City's sudden liking for cup semi-finals, be they at Wembley or elsewhere, has crept up and taken some of us by surprise. Between 1981 and 2011 there were none to savour, not even in the League Cup. Thirty years passed without a sniff. Now we prepare to take part in our fourth in four seasons, after recent efforts in the League Cup against United and Liverpool (both unsuccessful) and United in the FA Cup (turned out really quite well). How times change and how quickly.

Curiously, - and here is the quirk of fate referred to earlier, which should make non-followers shudder with mirth - to find stand-out late stage cup encounters between City and Chelsea, it's necessary to look into the histories of two competitions that no longer exist: the Cup Winners Cup and the Full Members' Cup. The latter, something of a joke replacement for the European football taken from us by The Men In The Know at UEFA in the 80s, provided us all with an unforgettably surreal day out in London in 1986, lovingly remembered here. The former threw City and Chelsea together at the semi-final stage in 1971, the Londoners winning both legs 1-0 against a heavily depleted City side shorn of their main performers.Chelsea in those days a wickedly attacking side containing Charlie Cooke, Peter Osgood and the spiteful little leg breaker Ron Harris, were a match for the best.


The Chelsea we face this weekend is a different beast. European Champions, multiple league and cup winners, their noughties revolution continues to prove those wrong, who say stability is needed to win trophies in this sport. Clearly, this is not true. Throw enough money at it and something will go right eventually. Whilst City attempt to persuade the world that this sort of "project" can be undertaken with growth and an even keel, Chelsea have opted for the alternative route with remarkable success.

So, we face a game with little tradition but plenty of history, against a side whose desperate 80s matched our own, whose current moneyed renaissance also mirrors our own. This is a side, which- until relatively recently - had an Indian sign over City. Watching Sven's fragile artists concede six, Keegan's swashbucklers ship five, a first day of the season at The Bridge with Corradi and Samaras blowing translucent bubbles up front, Gudjohnsen's floated last minute winner at Eastlands and any number of other horrendous embarrassments, would have led some us to believe this was one gig where we would always be the support act with the amps turned down. The New Chelsea, with its plethora of A listers was a constant grinding source of displeasure for City supporters.

With six wins out of the last ten, that fever has been tempered. The Londoners may even be beginning to think City have something of a hold over them these days. Maybe that, and their Thursday trip to Moscow, will put lead in their legs come Sunday.