THE CONDENSED READ: NEWCASTLE away 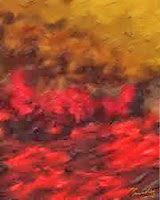 It would be an interesting exercise in patience and anger management to cut and paste the opinions of the great and good this morning, regarding City's hard fought and ultimately successful encounter with Newcastle on Sunday. A match that historically often supplies plenty to talk about yesterday turned nasty. From the moment Newcastle's Tiote had his bullet shot disallowed, some of the Newcastle team and, lamentably, some of their staff, lost their self-control, with the almost inevitable conclusion of serious injury, serious malpractice all over the pitch and utterly uncouth behaviour from the home manager.

Whether having three players offside (technically) when the shot was delivered and one (Gouffran), who had to bend his body to avoid being hit by it, adds up to enough for the referee to disallow seems to have carved the football gliteratti right down the middle. I cannot respond objectively as it involves Manchester City, but Gouffran's position and movement away from the arc of the shot surely effects the goalkeeper, who will have to prepare for two possibilities: a shot rocketing in a straight line past him into the far corner or a ricochet into the near post side of his goal. These are normal callibrations that a goalkeeper must make at every free kick and set play,  Hart was making them about Gouffran, who was in an offside position. Thus, whilst not obstructing the goalkeeper, he is affecting Hart's decision-making process from an illegal position and thus having an influence on the proceedings. Having said that, goals like this often stand. City alone fell to at least three borderline legal goals in the early season games with Cardiff and Aston Villa, but little steam was let off then. What is good for the goose is good for the Pardew.

Strangely for most of us, City, suddenly accepted as part of the elite, are -it should be said at this point- getting many more favourable shouts than would have been the case five or six years ago. What the Kippax faithful always bleated about the top teams getting many more borderline decisions in their favour appears to be at work in the opposite direction at last.


From this point on, referee Mike Jones had only flimsy control of the match. Samir Nasri's injury came about through a clumsy challenge from yet another player losing his self control. The ball had left the scene, the usual shirt and arm tugging had proved ineffective in halting the departing Nasri, so Yanga Mbiwa chose to swing a petulant leg at Nasri's knee. As it is ridiculous to issue a red card for the resultant harm done, yellow sufficed, but red was certainly the colour of the mist that was descending all around us. The foul was not a bad one, but it mirrored beautifully the lack of control, the lack of respect, the lack of grace that was by now all around us.

Alan Pardew, not a man who has built up any great reputation for civility, exploded towards an alarmed Manuel Pellegrini with the kind of language you might expect to find on the night streets from kebab addled drunks. His words were vicious, obvious and disgusting, these days perhaps small trifle in a world of abject loathing and disrespect, but still abhorrent to witness in this or any other context. Pardew later apologised, the very least he could do, but what lamentable shabby goings on these were.

As the match drew to a tired but compelling close, the steaming, snorting indignation of the Geordie Nation flowing in rivers off the terraces, one knew the resilience and spirit shown by City to depart this venue with the points would be buried beneath the carping and bubbling that these days traditionally follows such an encounter. That the home side had produced such an impressive performance themselves will also be lost in the thud of expletives that followed. City had been battered in more ways than one: by a resourceful and willing Newcastle side playing good flowing and aggressive football, by a wall of indignant noise from the Gallowgate choir and by a running succession of petulant unpunished fouls. The gifted Cabaye managed to remain on the pitch only because referee Jones had done enough damage to Newcastle self esteem for one afternoon. Constant transgression by this player in particular during an ill-mannered second half, each foul followed by the raised arms of the innocent and the mock frustration at the fouled player's seeming play acting, seemed to go wholly unnoticed by the referee and his by now flummoxed assistants. Add to that a yellow card for Zabaleta, who swung at Santon, missed so completely as to be laughable, only to see the Italian flip himself onto the grass three paces further on and we had been treated to a little bit of everything by the end.

Battered and bruised, City make for the top of the table, a sterling and professional performance overshadowed by the ugly, the wretched and the foul-mouthed.