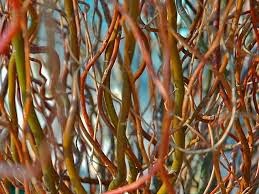 You and I are in a state of considerable flux, aren’t we? We’re still not sure if this is meant to be or not. All these wins, all these goals, all these people liking us from afar and hating us from up close. It never used to be like this, in the cosy days of failure and flotsam. The days when Peter Swales talked us up to allow for an even bigger fall. In the days when Tony Book’s flares whipped in the wind like all our lost hopes, when the buzz was about Garry Flitcroft’s hair and Nigel Gleghorn’s goalkeeping gloves. When there was nothing else but Liam Gallagher and Richard Jobson.

Sunderland. Full of the passion of the underdog. Just look at them, lapping it all up. That should be us. That IS us. Only it can’t be anymore. We have left all that painful introversion behind in a cloud of Lamborghini dust (driven by five star clean as you like Abu Dhabi gasoline). We are no longer able to cavort around owning up to tied stomach muscles and lack of sleep. We cannot quote the law of the inevitable cock-up. We cannot stare wistfully at posters of Ken McNaught and Steve Kinsey and say, here come raggle-taggle City for their once in a lifetime tilt at glory. We cannot shout and scream like the eternal underdog, because we aren’t anymore. It was easy to flood through the opened gates and wait for hell to break all over us. Now a different hell awaits us.

Gone are the Roger Palmers. Ten-to-two feet and all. Away with your Graham Bakers. Chubby cheeks all gone. Gordon Davies no more. All those little wafted back post misses from three centimetres. No longer.

So, now, brave friends, we must descend upon Wembley Stadium, our Wembley Stadium, and show the rest how it is done. Manchester United, Stoke, Chelsea, Wigan. Wembley Stadium. Again and again and again. The Green Man. Those little meeting points. The same bar staff, winking their hellos. The waves of recognition. The nods, the grins. The casual use of the London underground. Whatever happened to getting out by mistake at High Barnet and asking passers by where Wembley was and being told you were almost in the Midlands? What ever happened to travelling with maps and plans and packed lunches in case we went the wrong way yet again? What happened to the old Wembley, the only focal point we had? Full Members Cup in the grey incessant drizzle. Third Division play off final in the grey incessant drizzle. Wembley meant tension but it meant embarrassment too. Gillingham, for Christ’s sake. Chelsea with the prizes handed out by Dickie bloody Attenbrough. 5-1 down with two minutes to go. On a bloody Sunday. A day after the Manchester Derby. At Old Trafford. No royalty for City’s Wembley efforts. No royalties. Just Dickie Attenbrough in a flat cap and a long trek north with our tails between our legs, where they truly belonged.

Now the tail won’t sit down. It’s excited and wags like a Jack Russell in sight of its first chicken dinner.
Wembley meant Keith MacRae’s gingery bonce. It meant Rodney Marsh flicking the ball into John Richards’ path with the back of his heel. It meant bearded Ricky Villa and well spoken Garth Crooks and that damned awful Chas and Dave ditty with Ossie’s doleful cod-English. Wembley meant Tottinghem. In the Cap. In de cap. For Tottinghem. Tears and anguish, like it was always meant to be. Hope dashed, squashed and
strangled at birth. The departure, energy sucked out of us, faces drained of blood, to search for coaches and trains and cars and the slog home in silence but for the occasional “not again, City, bloody hell”.

So where do we go from here, us lost souls, us drifting bits of anachronistic malcontent? Where do we take our long held doubts, our heaving unhappiness now? What do we do with our gallows humour and our belted songs of attrition? How do we hold onto that magical keep-going-and-be-damned attitude that saw us through disaster after disaster when the disasters are thin on the ground and all the world expects?

Not easy is it?

So, this is how it feels. This is what we have been waiting for. The glittering football, delivered by a squad of global superstars (and Jack Rodwell), the pristine pitch, the flashlights, the screams of little people, the prestigious people, the friendship scarves with Barcelona and Real Madrid. A scarf, half Real half City! Half Barcelona (Barça to the regulars) half City. What a thing is this? What of our ski hats in 1983? Sat forlornly over our Morrissey quiffs and our Bunnymen side burns, our half Rangers half City tributes to tribal nothingness. Where are they now in this maelstrom of Champions league bric-a-brac?

We groan at Javi Garcia and Martin Demichelis, nod knowingly as Micah flies though the air again, tut at a wayward pass from Gael Clichy, which fails to glue itself to Silva’s heel. We turn and ask our neighbours if 24 million pound Stevan Jovetic will ever be fit for purpose and what the actual use of that kid from the Ivory Coast is. We, who hold the dark secrets of Kenny Clements in our souls, who remember the silent anguish of Geoff Lomax and the wordless agony of Tony Cunningham. We cover and cower and turn away. The shame of it all is ours.

We are surrounded by kids with tatoos, kids with scarves, kids with phones. The gay abandon of youth, the free clear air of the unknowing. We do not burden them with Billy McNeill, or John Maddock, or Ian Davies, or Peter Bodak. We mention not the night we launched police crash barriers after Coventry or Oldham, or the afternoon we urinated on the torn down fences at Meadow Lane and screeched and bayed for blood until our faces looked like Roy Keane. We whisper the tales of Cold Blow Lane and Stamford Bridge (not the one of today with its high sides and five pound hotdogs, the old one with its painted barbed wire fences and twenty
metres of sand pit). We don’t talk about carrying a giant inflatable banana to Stoke (not the new *pretty* Stoke but the old Victoria Ground, with its sloping crumbling terraces and its flying bricks welcome) or freezing to the point of no return on the terraces at Grimsby and Middlesbrough (not the new *pretty* Middlesbrough but the old corrugated iron, barrel roof Ayresome Park, with its ramshackle pub on the corner and our blood spattered Pringle jerseys. We mouth sweet nothings into the wind. That’s all gone. It’s better that way.

So, we nod to the past as best we can. We stand upright in the present as best we can. We open our wallets towards the future as best we can. Silently, guiltily, we know the truth. There is no going back. What once was can never be again. Where we once strode, immaculate and proud, primed and set with the steely look of the terminally haunted, we now walk the walk of the unconcerned, nonchalant, self-confident, content. Bloated on our success, slow moving in our middle days, replete with days of glory to wash away the lifetime of hurt.

Now we are allocated pubs. Our pubs. City pubs. Blue pubs. In North West London. Time plays tricks on those of us who dinked and dived through the darkness of enemy territory, wondering whether the Dog and Crown or the Fireman’s Helmet would be a our last port of call. Wondering whether those dives on the way to Crystal Palace and that heaving place on a rocky desolate road outside Bradford would be the end of us. Just for the sake of an ill-needed pint and an ill placed flag.

Where we trod the mean streets of Wolverhampton and Derby and came away with our backsides tanned and our voices hoarse, now we sit in awe at the King Power Stadium remembering Weller and Birchenall and Lineker and twitch in a comfy row at Meadow Lane letting thoughts of Jimmy Sirrell and his loud hailer waft through our comfortable minds. No Lee Bradbury scuff, no Buster Philips trip can skew our confidence now. Steve Lomas moments are whispers in the wind.

No more of that. We mustn’t even mention it, for fear of tweaking the ire of the new age fundamentalists. No talk of that. No bloodshot eyes. No sweat stained shirts or ripped jumpers. No missing pin badge, simple, round, Maine Road maestros, yanked from its position by some eager beaver on the rainswept streets of Solihull or Huddersfield. No bleary yelling to the night sky. No never again Citys.

No, we embrace the new era, the dawn of prawn, the sun-up over SportCity, the ever-lasting glow of the wealthy, the healthy, the live-long-and-prospers. The sunlight gleaming off the glass sides of our palace reflects beaming faces, musicians and hand held mics. People jump up and down with their backs to the action where once we leaned forward to squint through the gales of attrition. Now we tread lightly the roads of combat, dancing, skipping, laughing, wearing painted faces and funny hats. Where once fear stalked, willing self-belief now reigns. No slinking down alleys, no peering around walls, no collars up, look left look right. No “where are you from, lads?”, no “what’s the time, boys?”, just backslaps, Opel Meriva hatchbacks and a light snooze and a pickled egg in the Family Stand.

And now Wembley beckons again, with its frills and its flapping hemline. It knows us now. Its comfy skyline of storage depots and ring roads embraces us. Welcome back, say the billboards and the off licences. Come on in and relax.

We can do this, can’t we? We should carry this off without too much problem, shouldn’t we? It’s horses for courses, isn’t it?

When the expectant noise of Sunderland wafts our way, will those once scorched lungs heave again? Can we make it matter as much as it matters to the men in red and white, whose place we occupied five short years ago?

Let us not ever forget who we are and how we came to be in this state. Open up your lungs, ladies and gentlemen and shout your pretty heads off for the mighty Blues, for, without the noise welling up from thirty years of foul failure, the feathery softness of this new comfort blanket will envelope us all.