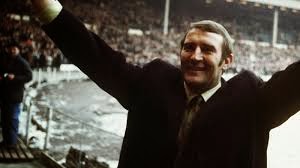 It is well documented elsewhere in these pages how Malcolm Allison, dubbed the Original Special One, was responsible for planting some of the early seeds of José Mourinho’s interest in and indeed enthusiasm for football coaching, but many overlook the possibility that Big Mal, the irrepressible larger-than-life character, who took City to hitherto unscaled heights, may also have been responsible for kick-starting the young Mourinho’s penchant for mind games, that most tedious of modern managerial tools to unsettle the opposition staff and fans.

While many of Mourinho’s outbursts contain a slightly nasty streak to them, witness his labelling of Arsene Wenger as a "master of failure", Allison tended to contente himself with good old fashioned ridicule and a helping of bravado.


In an era where these things were novel new tricks, Allison was the master. Already responsible for innovative ideas in team formation, diet, exercise and match preparation (Allison introduced dance and yoga sessions for City’s players to improve their poise and balance on the field of play and was experimenting with what was called his “O System” which left the midfielders to interchange their positions and switch with the forwards leaving a hole – or “O” – in the middle, an early forerunner of Rinus Michels’ Totaalvoetbal, which would woo the world at the ’74 World Cup Finals in West Germany. Mike Summerbee still maintains to this day that “the Dutch learned that from us”), Big Mal was also at home winding up the opposition, particularly when it happened to be Manchester United.

Whilst younger fans of the game think English football’s new era was wafted gently in by the arrival of Arsene Wenger from Japan with his cunning plan to ween Tony Adams and Kenny Sansom off their ten pint lunchtime habit and keep Perry Groves out of Mcdonalds, Allison and City were ushering in similar regimes thirty or more years earlier.


Allison’s tactical meandering knew no bounds when he took on the City job, again mirroring the acute awareness shown by Mourinho in his ability to react to the way powerful sides set up against his own. Even before his arrival at City, where he gradually had access to a better quality of playing staff, Allison had experimented with unusual tactics and formations at Plymouth that had started to get him noticed. Once at Maine Road he completely flummoxed stuffy BBC commentator Kenneth Wolstenholme by playing Tony Book as a sweeper. The BBC man repeatedly referred to Book as a “kind of sweeper-up” in his commentary and was enthralled to find Allison was playing Glyn Pardoe at right back with the number nine on his back in “City’s rather strange format”.

For the mid-sixties, this was space age stuff. 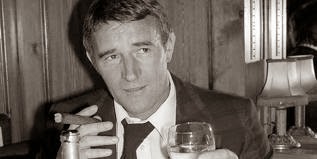 It was a chance meeting with United’s pugnacious midfielder Paddy Crerand at a North West sportsman’s dinner that may have started what was to become a systematic United-baiting habit.

Crerand, revelling in the pain of City’s lowly status (it had not been long since the infamous Swindon game in Division Two had attracted an all-time low attendance of 8,015 to Maine Road), had had a bet with Allison that they would never again attract a crowd of over 30,000.

“....I loathe the bumptious patronising tones of some of their players, their hangers-on and some of their supporters...” – Malcolm Allison referring to Manchester United in 1967, again well ahead of his time!

Allison would take Crerand’s sneering to heart and never forget it. When, a few seasons later, City were riding the crest of a wave, back in the top flight and already matching United’s crowds and glamour, Allison would take it upon himself, sensing the right pre-match moment when the ground was practically full and the atmosphere bubbling, to stride out onto the pitch and walk straight towards the Stretford End, provoking a hail of boos and insults. Loving every second of it, Allison would raise four fingers to show the gathered Unitedites what he felt the scoreline was going to be that afternoon.

He was at once a showman and an arch wind-up merchant. In the championship winning season of 67-68, before the antagonism had taken root, Allison sent his whole team out to warm up in front of the Stretford End. As the City players carried out Allison’s orders to conduct a team wave to the ranks of United fans, he was pleased to note with suitable understatement that “an atmosphere of agitation” had been created.

He even allegedly hired a steeplejack to scale the roof at Old Trafford one night and pull the flag down to half-mast. Imagine the fun that would ensue if Mourinho attempting to pull that off at the Etihad.


Earlier, when he had teamed up with Joe Mercer and the pair were attempting to build a decent side, Allison famously watched Colin Bell at Bury, loudly deriding the future City and England ace as slow and unable to either pass or tackle, in the hope that other clubs’ scouts would report back that Bell was indeed rubbish.

When scouting for a new goalkeeper, Allison instructed Joe Mercer to bid for Leicester’s Gordon Banks. “Ring up Leicester and tell them we’ll do a deal for 50,000 pounds,” he told his colleague with typical bravado. Leicester turned the bid down. Later an incandescent Mal discovered that the penny-conscious Mercer had only bid 40,000 and Banks had instead gone to Stoke, who had bid the correct amount.


Allison’s later years at City and then Crystal Palace involved the development of the Big Mal persona, featuring regularly on London Weekend Television’s Big Match with Brian Moore and on ITV’s first ever World Cup panel in 1970, where his outspoken comments made him a godsend to the new format.


That he would later coach Vitoria Setubal, where Mourinho Felix was his goalkeeping coach, was apt. Mourinho's son, José, watching interestedly from the sidelines, would one day emulate Allison’s gamesmanship himself, using word and gesture to wind up the opposition before important games. That he doesn’t quite carry it off with the panache of the champagne swigging Allison should not be held against him.

Big Mal, after all, was always the real benchmark for all would-be agents provocateurs.