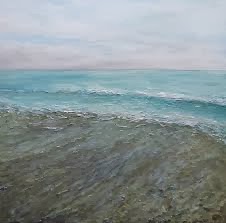 Could it be that the tide is beginning to flow in a different direction?

José Mourinho, the latest manager encharged with derobing City, has filed various quotes in the run up to the game, each one slightly more ridiculous, slightly more transparent than the last. Chelsea cannot match City’s spending, he moaned, like a man with a pet hippopotamus that is jealous of the guy next door taking a shower under the trunk of his stoutly built elephant; Why does everyone hate Chelsea and not City, he asked himself out loud over the weekend. Firstly, it is in his interest that everyone hates Chelsea, so that he can continue to propagate the tired old chestnut that it is the world versus Chelsea. Alex Ferguson initiated the same us versus them mentality to great effect at Old Trafford for a generation.

In Chelsea's case this is clearly not true anyway. The West Londoners, like City, have been the target of sporadic jibes about financial doping – that most Wengeresque of terms – but little more than this. If there are those that are not so enamoured, then this is as a result of the borderline tedious power football that Mourinho espouses. It overpowers, it throttles the life away but it rarely entertains in the true sense of the word. Mourinho’s sides have seldom let themselves go, despite a row of more than impressive achievements over the years. He is a winner, first and foremost, a pragmatic tactician and agent provocateur secondly. His sides must function, must do what they were programmed to do. And that is simply, to win. Frills and fripperies he has always been happy to leave to others.

City meanwhile, led by the non-plussed, seen it all before, Manuel Pellegrini, seem ripe to enter a whole new phase. The scintillating beauty of their football, the efficacy of the four, five, six and seven goal slaughters may become tedious to some, but to many others a bright new dawn is appearing over the distant hills. A new club, led by the on-pitch ethic of play and entertain, score one but don’t stop there, concede three then score five, has risen from the charred ashes of Alan Ball and Peter Reid, of Sam Ellis and Phil Neal. Where Mourinho applies the brakes and reorganises, Pellegrini’s folk continue to pile forward in an avalanche of fearless attacking football.

Whatever one's feelings are about buyng success and about super rich club owners, few people rail against football played in this manner. The feeling is that a team that will be remembered as one of the country’s greats of the modern era has been constructed and is strutting its stuff in Manchester right now. That the arrival of such deep pleasures for the now tediously monikered long suffering City fans (yes it was a long nightmare; it got a bit frantic and airless, but we survived, we're still here, the suffering has long ceased, so all is well) comes at precisely the moment United are imploding under the alice in wonderland leadership of David Moyes, only heightens the sensation of new-found glee.

It is not just this, however. A new slant on City can be sensed in the press too. In the last week a number of long pieces in praise of the club have appeared. If Martin Samuel has long campaigned against the lunacy and false morals of FFP, he has now been joined by a varied bunch of football watchers and protagonists in their praise for City, a growing group who appear ready to acknowledge what is by far the most important aspect of all this: the football being played out there on the pitch.

"The tide is turning. Keep your eyes on the horizon and the pounding waves will carry in your dreams..."


Daniel Taylor in the Guardian in his “Changing Skyline of Manchester” article (...”if it is a deception, apologies in advance for being reeled in” he says) and Paul Hayward  in The Telegraph have both opined that we are on the brink of seeing something truly special emerge, a footballing ethos that blows away petty squabbles over finance, that makes one forget about the nasty mud throwing being carried out by the small-minded of the football community, that warms the heart on these cold, wet, blustery winter evenings. With FFP being tackled – to a fashion – and a muddy building site around the ground delivering greater definition to City’s future prospects by the day, the growing conviction is of a serious power base being readied for years to come. Football dynasties come and go. The last great one, over the border in Salford, has been dismantled in such rude haste that it will take a little more time for most of us to become accustomed to searching for United in the section of the table where Newcastle and Southampton sit. A 25-year stranglehold released in the space of half a season of muddling slapstick. Of all people to fill the sudden void, it is the team dubbed in fearful haste as the Noisy Neighbours, who in fact bray little these days and are more than happy to let their feet do the talking instead.

Vanquished Tottenham boss Tim Sherwood called City the “best team on the planet” after the Blues had added five to a previous six against Spurs this season. Ian Holloway and, most amazingly of all, Alan Hansen have been heard to utter similarly high praise over the last few days. Barcelona tweet constant updates of what City are doing, whilst the Spanish press have named City as exactly the draw Barcelona did not want in the Champions League. Where Jason van Blerk once trod, the great and good of the game fear to walk.

City are breaking new territory, winning new hearts and minds with this cavalcade of beautiful football and, in a world where this sport of ours is dismantled on a daily basis into its tiniest, most grubby parts, it is this, the football, that has always mattered most.