Saturday November 10th 1979 dawned damp and dark in Manchester and feelings amongst the City faithful  seemed to match the weather conditions. Malcolm Allison's second coming had not reignited the good times, but instead had hailed the arrival of many sub-standard players to replace the stars he felt had passed their sell-by date. Having shipped out Brian Kidd, Asa Hartford and, most depressingly of all, Peter Barnes and Gary Owen to West Brom, Allison's side now featured the likes of Steve Mackenzie, a £250,000 teenager from Crystal Palace, Michael Robinson, £750,000 from Preston North End, Steve Daley £1.450,000 from Wolves and Bobby Shinton £300,000 from Wrexham. Even more bizarrely, Allison would add to the extravagantly priced with low profile players Paul Sugrue, Dave Wiffill and Barry Silkman, odd captures from non league and reserve sides, who were now expected to rise to Big Mal's expert coaching and become integral parts of the next generation. To complete the decidedly unstable cocktail, Allison threw in homegrown youngsters Tommy Caton, Nicky Reid, Ray Ranson and Dave Bennett. What happened next was entirely predictable. 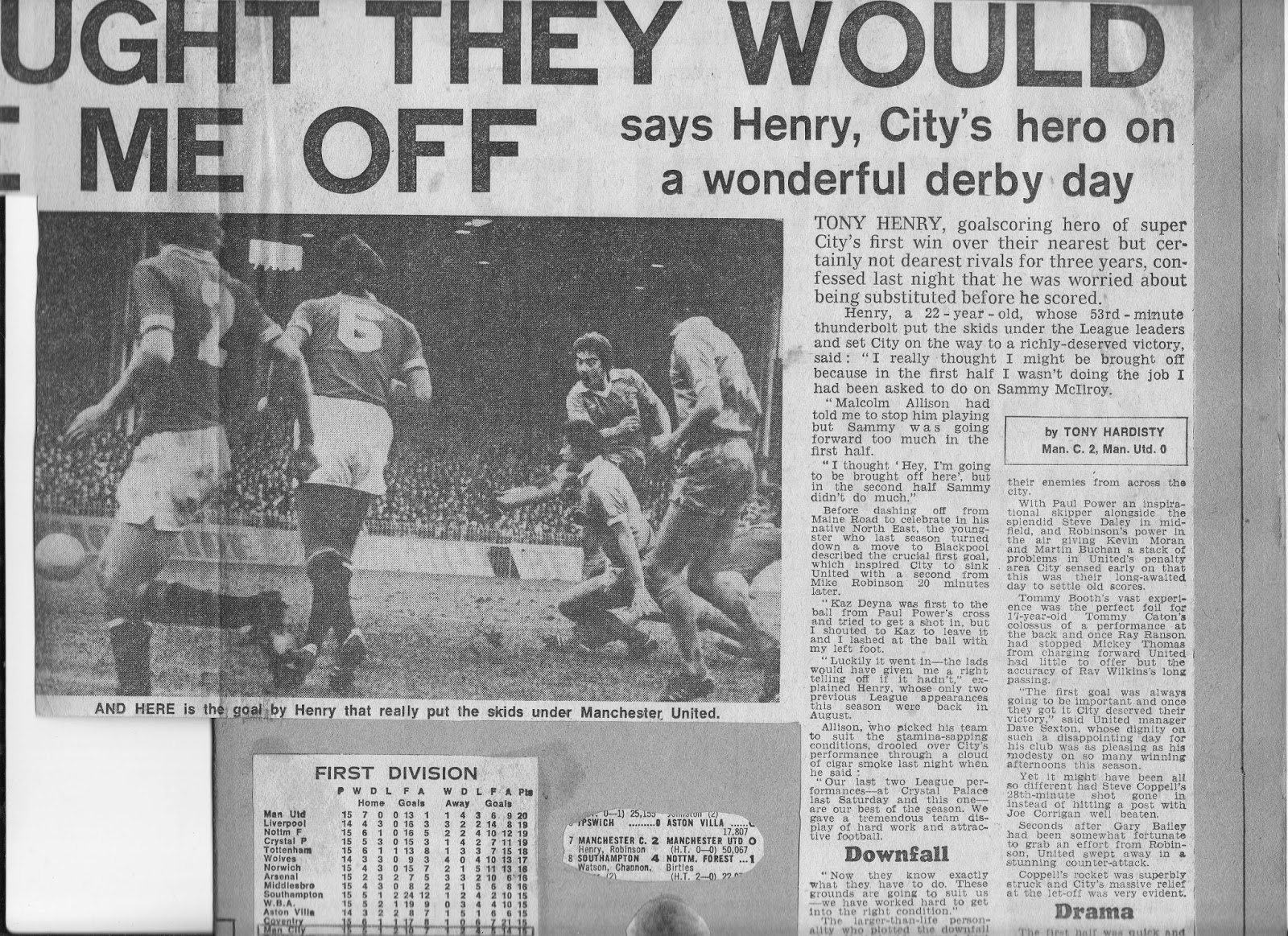 On this occasion it would be none of these names that made the headlines. Both derby matches in 79-80 brought another player to the nation's attention, a player neither in the first days of youth, nor in the infamous Allison how much did he pay for him? ranks.

The 22 year old had the season before turned down a move to Blackpool and was expected to be a bit part player in Allison's extravagant plans, but with the likes of Colin Viljoen, Daley and Kaziu Deyna failing to impress the coach, Henry was handed his chance in midfield.

City arrived at this stage of the season having been knocked out of the League Cup by 2nd division Sunderland and thrashed by champions-elect Liverpool, but with the flickering embers of a half decent home record to keep hopes ticking over. European Champions Nottingham Forest had been put to the sword in October, the winner a peach from Deyna, and there had been signs that Mal's expensive misfits might yet be beginning to gel. 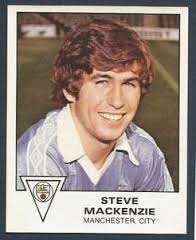 With the game goal-less at half time, it was left to Henry, distracted by movement on the touchline which he feared might herald his replacement, to ignite the match. As the ball was squeezed from tackle to tackle in the muddy North Stand penalty area, it popped out to Henry, who dispatched it past Gary Bailey with aplomb. The 50,067 in Maine Road erupted and the City fans were soon celebrating a second, curled in exquisitely by Michael Robinson. League leaders United had been thoroughly beaten by the end and City, hovering in lower mid-table, could only hope that the season might yet deliver more than the inconsistent fare they had witnessed up to that point.


By Saturday March 22nd 1980 and the Centenary Manchester Derby, all hope had disintegrated and the denizons of the Kippax were now fraught with worry that the season might go a step further and deliver the unthinkable: relegation. With United now 2nd in the league and fighting the yearly losing battle to keep up with Liverpool, City began the day one place above the dreaded bottom three of Derby County, Bristol City and a seemingly doomed Bolton Wanderers. As it turned out, these very three would go down, but we were not to know it, biting our fingernails through those dreadful last weeks of season 79-80.

With few high points since the November derby match and the unequivical low of FA Cup dismissal on the legendary quagmire pitch at Halifax Town, City's approach was more Desperate Dan than measured plan. Few expected the derby to deliver grace and beauty, so much hung on the result, but what we got was still decidedly unattractive fare for Number 100 in a history of games that had created heroes and headlines on a yearly basis.


As Richard Bott opened in his Sunday Express piece, "We had hoped the Centenary derby would be a glittering occasion of pageantry and passion, a day of fine football and lingering memories. Unhappily it never measured up..."


Ironically it was to be Tony Henry again, who made the Sunday papers, but this time for all the wrong reasons. A scruffy match with few obvious scoring chances finally slipped away from a battling City side in the very first minute of the second half.

"All the abject misery of City's season was wrapped up in the crazy cameo which gave United the only goal of a dismal contest" - Richard Bott, Sunday Express

In attempting to block a tame shot from Mickey Thomas, Henry stuck out a boot and the ball looped high off his foot and over the stranded Joe Corrigan. United had presented little danger and their title aspirations had looked as sullen as City's own chances of finishing the season with any degree of optimism. City would leave it until very late in the day to save their souls with a typically emphatic burial of Bristol City in a relegation cliffhanger in late April, whilst United gathered strength from this victory and eventually ran Liverpool close for the title, only succumbing on the final day when Liverpool trounced Villa 4-1 to win the League title. For Tony Henry the two 79-80 season games with United would represent isolated and indeed contrasting moments of limelight in a career that never properly hit the heights. He will be remembered as the Allison water carrier who briefly hit the headlines in Derby number 99 and 100.