Saturday March 5 1983. A 10 year old sits in the passenger seat whilst his dad drives down the Princess parkway. As I look to the left, on the concrete banking, a slogan has been spray painted. It's a lament to Bobby Sands and remains visible amongst the weeds despite the fact that he had let go of life almost 2 years before.

Manchester was a different place then, but for one boy making his way towards Moss Side it's a special day. Past the brewery, the glorious aroma of hops are distinct even to my uneducated nose. We park up and four get out of the Ford Escort. Two blue and two red. It's not been a great season, and it will get much worse, but today is derby day. My first.

Sitting in the North Stand, the ground is full - officially 45,500 are present but it feels like more. I've never seen so many people before, the noise is tremendous. In the first half City go 1-0 ahead, my hero Kevin Reeves scores and life is good. At half time I look to my left, the kippax is a sea of blue scarves and the two women on the row in front delight me with songs of how fat and round Ron Atkinson is.
Forty five minutes later and City's season has been summed up in one game. We had been top of the world after 3 games, 2nd in the league after 12, and then it went wrong. I look to my left again, that same Kippax is now a sea of red. I'm crying, deep heartfelt sobs. My red cousin consoles me, "don't worry, it'll be alright", but I know it won't. I wanted the day to be a great day, a day we'd beat United and gain the family bragging rights. It didn't turn out like that, and it was to be like this for a long time.

I have been to a lot of derby matches since that first time. On each of those occasions we have been considered by all right minded people as the overwhelming underdog. We have more than fought our corner though, and have frequently bloodied Fergie's nose. I've always felt that this match meant more to us blues than it did to them. It's always meant the world to me anyway.

In so many ways, something changed in the FA Cup semi final. Wembley in April was a watershed moment for City. I shed a lot of water too, lots of us did. We were the poor relations of the family no more, we deserved our place at the head of the table. For those of you who have been on a similar journey to me, nothing tasted sweeter than the that. You have to be poor to truly appreciate the finer things in life. United have never been poor, so i don't think its ever meant as much to them. 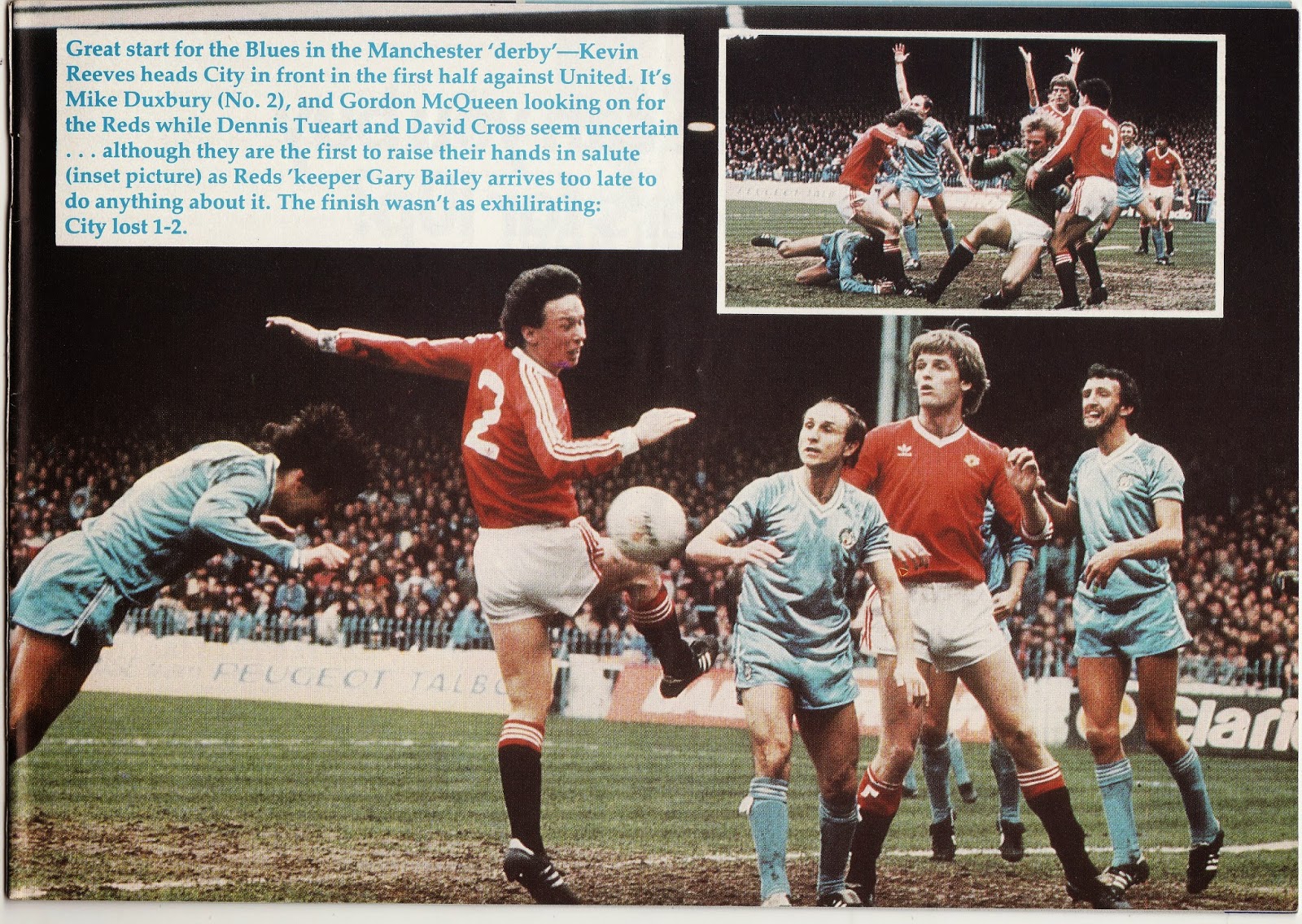 I was thinking on my train journey home from the capital that sunny day in April, about a quote from Dear John, by Nicholas Sparks:

"The saddest people I've ever met in life are the ones who don't care deeply about anything at all. Passion and satisfaction go hand in hand, and without them, any happiness is only temporary, because there's nothing to make it last"


We've been through a lot since my first derby, and I wouldn't have it any other way.