As football writer for the Daily Express and the Daily Mirror in the 60s, 70s and 80s, Derek Potter often found himself at Maine Road, reporting on City's antics in decades of sharply contrasting ups and downs. Across the city boundary, it was Potter who broke the story that Robert Maxwell was attempting to buy Manchester United, while he also penned a column for the United Review for a time, at the behest of his Express colleague James Lawton, the author of the critically acclaimed Forever Boys.

Potter was still reporting on City into the 1980s (this 4-0 win over Swansea occurred in 1981). He remained a highly respected reporter at the Express's Ancoats Street headquarters until taking up a new challenge with the Today newspaper in the mid 80s. Potter died in 2006 at the age of 75. In 2010 his posthumously published book When Football Was Fun appeared on the bookshelves. 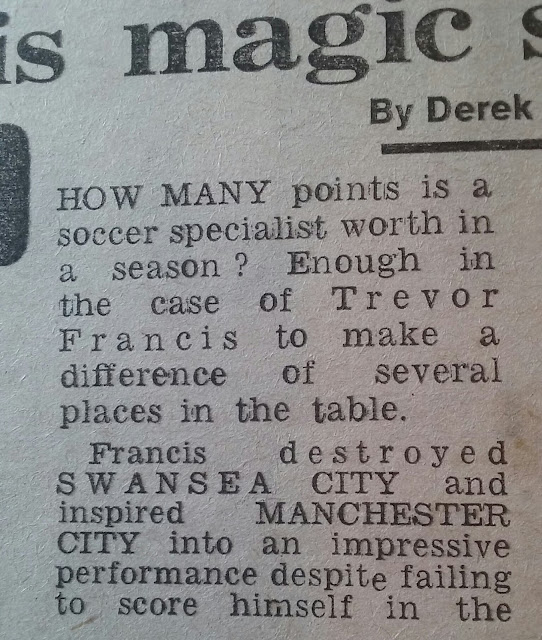 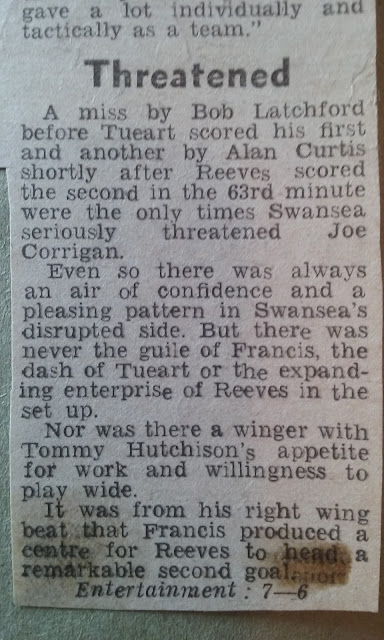 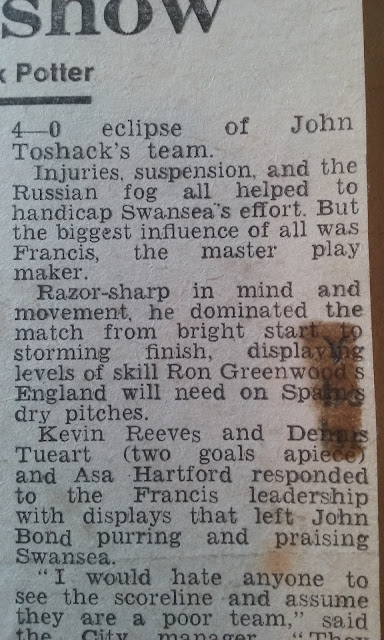 Posted by Simon Curtis at 1:27 AM No comments: Links to this post

John Moynihan worked for 12 years at the Daily Telegraph. Author of the Soccer Syndrome, his writing was crisp, colourful and authoritative. Here's what he said about City's visit to Upton Park in August 1977: 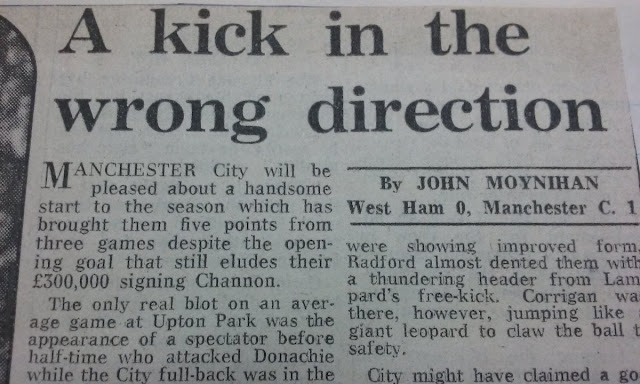 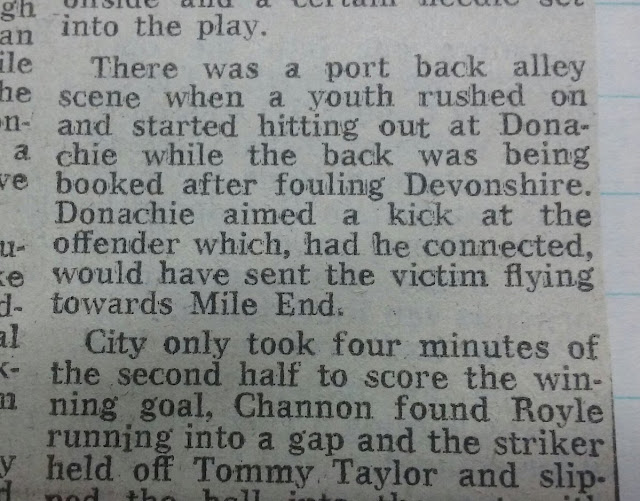 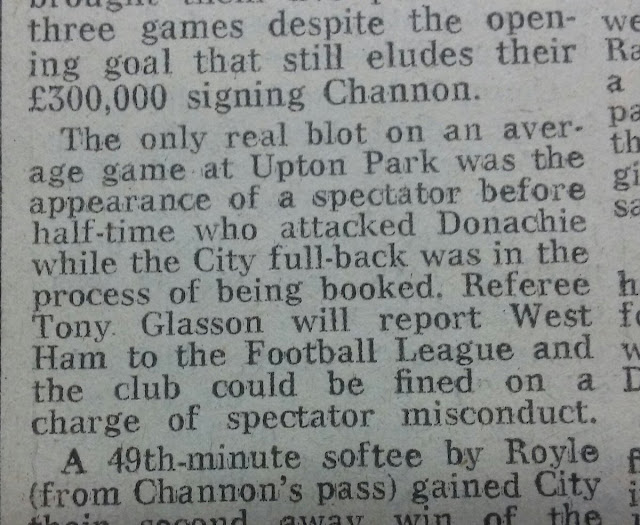 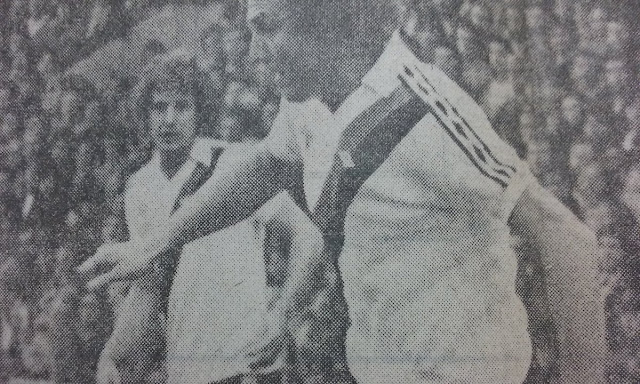 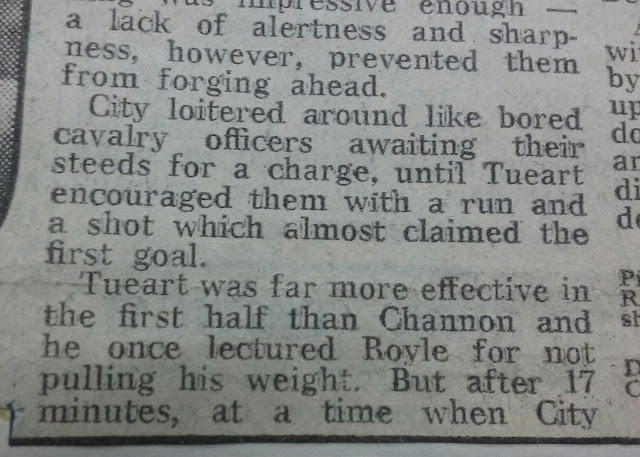 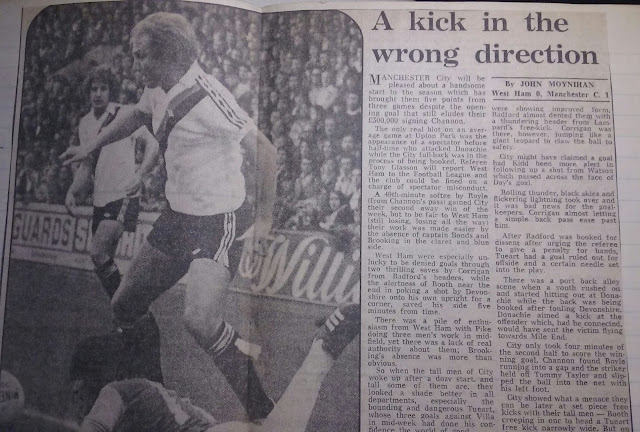 Posted by Simon Curtis at 1:11 AM No comments: Links to this post