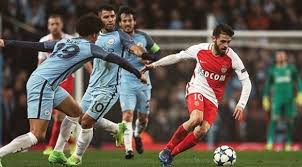 Memories of tepid summer months drinking warm ale and watching a succession of half-cocked FFP-inspired signings troop into the Etihad is a thing of the past. Bruno Zuculini, Scott Sinclair and the brittle boned Jack (Daniels) Rodwell have already in one fell swoop been eclipsed before the 2017 close season has even had the chance to get started.


Arsene Wenger’s yearly tilt at the FA Cup final has not yet taken place and City have shelled out a cool £45m on Monaco whizzkid Bernardo Silva.


Manuel Pellegrini’s summer sprees were heavily blighted by the restrictions of UEFA’s once popular and now invisible FFP legislation, which brought City’s enthusiastic squad building to frequent standstill to allow the likes of Manchester United, Milan and other giants-we-want-to-see-on-telly to try to catch up on a European level. Even with the deadweight of at least two summers of forced bargain hunting, City have stayed in front of Manchester United on a domestic and international level for the last four seasons.


In the wake of a tearful farewell to stalwart full back Pablo Zabaleta, the club has announced in quick-fire succession respective farewells to Willy Caballero, Bacary Sagna, Gael Clichy and Jesus Navas. The former and latter will be warmly remembered for their heroics at Wembley in the penalty shoot-out with Liverpool in 2016, while Clichy’s presence at all of the club’s recent triumphs marks him down as one of the foot soldiers of change. Sagna’s unremarkable stint at right back will be less vividly remembered. Navas’s whirling first minute rocket against Tottenham and his ability to run fast as a hare in any straight line you pointed him in were also memorable, but his wild eyed frenzy of encouragement during the League Cup final penalty shoot out will go down in the history of Moments People Came Out Of Their Shells.


Fear not, however, that brother Pep is allowing the cold practicalities of replacing Sagna and Clichy to get in the way of traditional fantasy football, for his first signing is the kind of zippy breath of fresh air that some might say the club already has something of a copyright on. Joining the ferocious forward momentum of Sergio Aguero, Gabriel Jesus, David Silva, Leroy Sane, Kevin de Bruyne and Raheem Sterling is a player who could peel an orange with his booted foot.


Bernardo Silva, of good Benfica stock, another in a line of super-talented youths moved on in rude haste by the Lisbon giants , managed only three games for the Eagles, before being stolen away by Monaco for what was then considered the tempting fee of £15m. That he is now a €60m player must be hurting slightly in the Benfica boardroom, where they enjoy the sound of the cash tills ringing, right now.


For City, what on the surface may look suspiciously like the cake that received too many eggs, the truth as ever is a little different. David Silva, long City’s main creative source and a one man instrument of chaos behind the front runners for City, may well be considered to have one more really top season left in him before the gentle rot of old age sets in. Looking at how countrymen Iniesta and Xavi survived well beyond Silva’s somewhat paltry 31 years, you are tempted to think the Catalan intends playing two Silvas at the same time next season. Not only the age-old commentators nightmare, but dangerously close to luxury overload for those basking in the wan sun of early Autumn at the Etihad next season. 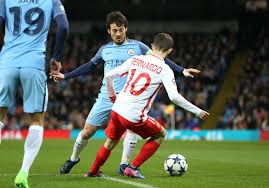 Silva, David, also needs to be put into perspective. Continually overlooked for personal accolades and baubles, he has been a force of stability and creativity in the City middle orders for years. Whenever the little Spaniard absented himself, City’s creative momentum slowed to a dribble. Despite the great wealth of talent at the club, there seemed few others who could carve out chances in the way the Spaniard did with monotonous ease. When De Bruyne - another whose eye for gaps surpassed that of his team mates - stepped up to be counted, he appeared to have his shoelaces tied together for much of last season, only emerging from his heavy-footedness when spring’s sunshine fell once again across his freckled face.


The Silva B has of course already left his calling card with City fans, running the show so convincingly in the Champions League tie at the Etihad last February that it fare took the breath away. In a pulsating, almost comical 5-3 City win, Monaco had taken the game to their hosts with Silva very much to the forefront. His effortless gliding from the right flank in to the hole behind the main striker was almost balletic, a dancing shimmying fusion of David Silva’s clever movement and economic passing with Eden Hazard’s snaking speed-slaloms. It was an intoxicating mix that only petered out halfway through the second half, when City retook a firm grip of his area of the field. Silva had put in an exceptional shift, but tellingly had run out of steam at the critical moment.


That David Silva eventually wrested back control and turned a sumptuous game round in City’s favour showed the Spanish master still to be a step ahead of his heir apparent, but the gap is narrowing rapidly.


Rejuvenation and renewal is -- one short month after the Wembley blow-out to Arsene Wenger’s nervous Arsenal -- in the air. Guardiola is planting the seeds for future harvests in Manchester: With John Stones (22), Sterling (22), Sane (21) and Jesus (20), the club is shepherding the best of the next generation through the Etihad portals. Bernardo Silva is also 22 prospective full back signing Bernard Mendy is 21. Patrick Roberts (20) after a fast and furious season at Celtic may also be knocking at the door.


Without simplifying the newly acquired Silva’s likely input to “David Silva Mark II”, the ex-Monaco midfielder shares the innate ability to open up the tightest defences, but might be more prone to doing it with a sharp burst of pace or a slaloming dribble than David Silva’s neat pirouettes and eye-of-the-needle passing. He will also bring another commodity that Silva often lacked: the ability to contribute goals to the cause. Where the Spaniard often shrivels and burns in front of goal, the Portuguese is happy to oblige. Born as a playmaker in Benfica’s academy at Seixal, he has drifted to the right wing under the aegis of Leonardo Jardim at Monaco. He can play a little bit everywhere, including as a false 9, as witnessed at the European Under 21 championships two years ago.

“Bernardo Silva's greatest attributes are his innate understanding of the game, close control and ability to deliver that final pass. He has been a playmaker or number 10 (at Benfica), used on the right wing (at Monaco) and as a false 9 for his country. If you are looking for a like-for-like example than I would look no further than David Silva or Edin Hazard."

Guardiola will have had the Portuguese on the radar for some time but the Champions League games last season must have gone a long way to convincing him of the player’s craft and big game abilities.


Martins continues, "Bernardo Silva left Benfica having only made three appearances for the club, originally on loan. In January 2015, Monaco eventually decided to make the deal permanent for little over €15million. At the time, many fans of the Portuguese club felt that they had allowed a diamond to slip straight through their fingers. And I think that is exactly what happened.”


Like Renato Sanches before him, Silva left at an early age to find fame and fortune away from the Estádio da Luz. While Sanches has stagnated in Bayern’s reserves, Silva took the clever stepping stone of the French Ligue and has reaped the benefits of growing organically and gradually to become one of the very brightest prospect in European football. Under Guardiola his star is set to climb higher again.


City’s own growth has been more meteoric than organic in recent years, but the clear evidence is that long-term planning is in place. In short, what seems a luxury signing will surely come to be seen as a masterstroke by Guardiola and his paymasters. A Silva as heir apparent to a Silva may offer tight lexicographical symmetry, but it will be nothing to the dynamism, trickery and pace the newcomer will bring to City’s forward movement. Seeing double can make you go cross-eyed and next season is already threatening to be a sight for sore eyes at the Etihad.
Posted by Simon Curtis at 10:52 PM No comments: Links to this post