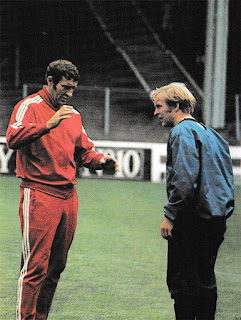 Throughout 1969 and1970, Charles Buchan's Football Monthly Magazine decided to run a series of half page tactics and coaching tips from City head coach Malcolm Allison. He had, after all, been responsible for a City side that had climbed out of the second division in 1965-66, becoming serial winners just two years after.

Allison, schooled in the art of innovation and out of the box thinking thanks to a predilection for the Hungarian team of the 50s that knocked spots off England at Wembley, produced for the magazine in a long running series, tips for fitness, strength, diet, movement, technique and many other facets that your average 1970s trainer had not yet had the time to dream up.

Ahead of his time was a phrase often tied to Allison, as it was somewhat ironically to Arsene Wenger when he alighted in the Premier League in 1995. Wenger indeed was a deep thinker, but as far as bringing innovative change to the English game was concerned, many of his tricks had been pioneered by Allison some twenty years before.

While some of the articles appear endearingly outdated (everyone and his dog now encourage high-fibre diets and regular weight training), many are insightful and, taken in the context of England's then close adherence to a kick and rush, thud and blunder approach to the game, continue to show up Allison's blue sky sky blue thinking in a positive light.

Here he talks about a problem still prevalent in the game today, building up strength without overstraining the body. In the light of the rash of injuries at Anfield this season, where a regime of intense high pressure, high speed football has been advocated by Jurgen Klopp in recent seasons, the ex-City coach's thoughts seem prescient. 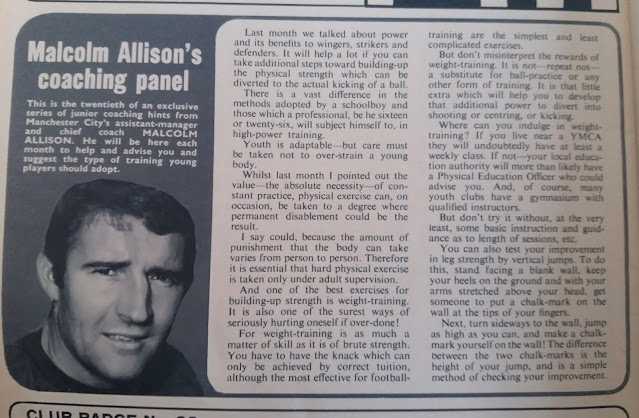