There were several moments in the opening two games of England's Euro 2020 campaign where it looked as if Harry Kane's real transfer fee should be totted up in the realms of thousands, rather than the millions daily being touted in the press.

Stodgy and slow, the Tottenham man was moving with the finesse of a desert camel loaded with chunks of masonry to repair the Sphinx's hooter. As England proceeded out of their group, however, King Harold found his rhythm, regained his touch and took flight. By the end of the journey the big striker was moving effortlessly through the gears and once again hitting all the right notes. Four goals were just the garnish on his growing influence on England's fortunes. Harry was back and so was the incessant transfer chatter. 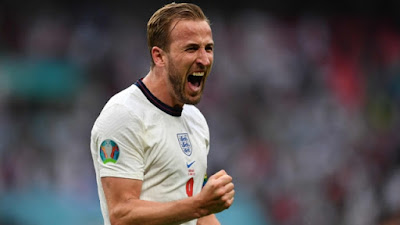 Daniel Levy is a notoriously hard-nosed businessman. City, and indeed a host of other clubs, have had real problems dislodging the Spurs chairman from his bargaining position before. He does not do "win-win", just "show me the money". Kyle Walker's eye-watering transfer was a case in point that almost caused The Mirror to combust.

A number of factors might persuade him to do business this time, however. Firstly, Kane wants to go. Noises were first heard at the tale end of last season and those rumours have turned since then into concrete stories. How far a player, who will soon be 28, is prepared to push it, remains to be seen. Levy will not want a public fight with the darling of the terraces, despite sitting pretty with a contract that is nowhere near up. No one in their right mind, on the other hand, believes it a good idea to hang on to saleable assets when they don't want to play for you anymore. On these tricky foundations the relationship totters.

Further to this is the cash. Tottenham need it badly to rebuild. The pandemic has seen off great swathes of the money mountain they might have expected to be sitting on this summer and they desperately need to offload in order to start the rebuild necessary after Jose Mourinho's clumsy pre-cup final departure. Whether City, a club notorious for not exceeding certain pre-ordained levels (around 60 million would appear to be the unwritten high water mark), will have to go way past that to net Kane, is unclear. Whatever the final fee is, they might well balk at sailing past the 100 million mark, even if the signs from London became promising.

City these days refuse to be taken for the ride that many selling clubs offered to take them on in the early days after the investment from Abu Dhabi, when it was commonly accepted that there was a "City surcharge", owing to their newly found wealth. Nowadays, the path is littered with players in whom serious interest was discontinued when the selling club got ideas above their station: Jorginho, Sanchez, Maguire, Koulibaly to name but four.

City have in recent years refused to be held to ransom by clubs intent on inflating fees. 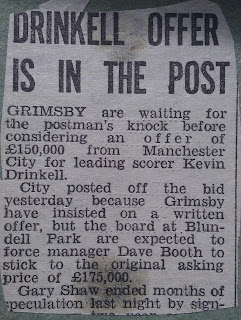 Although City have come a long way from the summers spent chasing the likes of Kevin Drinkell and Justin Fashanu, a strict spending policy has been in place for some time. After the years of splurging to gain a foothold amongst the elite, City have mostly run a "tight ship", relatively speaking.

Mourinho's successor, fellow Portuguese Nuno Espirito Santo, will no doubt want to hang on to the club's greatest asset. He will desire a season start with a squad that is harmonious and kicking in the same direction. Will he want a star striker who has made it clear he sees his immediate future elsewhere?

Next is the likelihood that Kane can land any sort of silverware with Spurs, who came close last season (beaten by City, of all people, in the Carabao Cup final), but have not had much of a sniff for more than a decade and will kick off next season in the broad shade of the UEFA Conference League, a pretty, new toy even further way from the Champions League than the foul-smelling Europa League. (that's enough Leagues - Ed).

Looking at the possible deal from City's side, a couple of things strike you immediately. Although Guardiola is a confirmed fan of the striker, do City actually need anyone of his type to replace Sergio Aguero? Kane is a different kind of striker, who might not necessarily slot in to City's style of play. There are plenty of other options for that central role anyway, from the obvious (Sterling, Ferran, Jesus, Delap) to the less obvious (any slightly built midfield figure chosen as a floating false nine). Guardiola is not shy, after all, of tinkering with shape and tactics.

From the earliest days when Pablo Zabaleta could be seen marauding from right back t a place on the left wing and Aleksander Kolarov attempted his best Franz Beckenbauer impersonation, the Catalan has shown a true spirit of tactical adventure.

If the desire is as great as it is supposed to be, now is surely the time for City to make their move. With the player approaching 29 in a year's time, the money Tottenham are asking will no longer make any sense at all, even if it doesn't exactly look normal right now. How much of a difference does Guardiola think Kane can make to City's assault on the Premier League and Champions League double that is the club's main aim? If, as seems to be the case, the Catalan is convinced that he is the missing piece in the puzzle, we can expect an offer to be made. After all, Kane's guarenteed goals haul, allied to City's new meanness in defence, is a tantalising proposition.

Also, is, as is rumoured, Kane's signature desired above all others? With City supposedly interested in Jack Grealish and, incredibly, still short of a specialist left back, could there be other positions that are more important? Could they stretch to Kane and Grealish and, say Maehle, all in one heavy-handed summer? That would alert the FFP fans immediately and put a bee in the bonnet of every supporter from Carlisle to Chingford. Khaldoon Al-Mubarak has already stated that "Aguero's shoes will be particularly difficult ones to fill, but we will do it". The "Grealish money", in that case, would have to come from player sales, with Bernardo the most frequently named player in this respect.

The question remains which clubs might have the money to do this kind of business (buy Bernardo) in a market that has become so ridiculously inflated at the same time clubs are shrinking financially thanks to Covid-19? The Portuguese has been quoted as saying it's time to go, and perhaps in this he is right, but few clubs could stump up the cash for him in this summer's unique market conditions. Certainly, Barcelona, most frequently mentioned in conjunction with Bernardo, were finding it difficult to even register their City acquisitions from last month (Aguero, Garcia) owing to their chronic lack of cash.

A chronic lack of cash might be the only thing that can unravel this deal. Tottenham's need is great. City will and can only go so far, despite their spending power and their avowed desires. An impasse of this magnitude can only be shifted if one of the three players in a game of high stakes poker breaks rank and changes position. City, Tottenham, or Kane himself. Who will be the first to blink?