Pass and Go as Geordies Pass Out and Go Home

Manchester City versus Newcastle United. One thinks with quivering legs and feverishly beating heart of the 75-76 League Cup final when Dennis Tueart launched himself eloquently into Wembley folklore; of Shaun Goater pounding through the patchy St James’ mud to score a vital winner in 2000; of Tueart again rapping a hat-trick in the seventies Maine Road mist; of Peter Barnes and of Uwe Rosler of daring deeds and swashbuckling efforts. Something about the sky blue and the black and white stripes that always produces sparks of all colours. Multi-coloured sparks made of gold and silver and orange and turquoise. Precious acts in the history of our national sport. 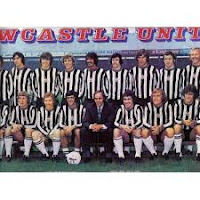 At the weekend, in place of the sparks, the careering juggernauts, the death-defying blows, we were delivered a gentle stroll, a simple walk in the park, a meandering story of give and go and go again.


This has been a season of some frustration. City fans, unwilling to admit to being eaten up by 2nd place in the league, stare into middle distance and pretend that all is pretty close to ok. The FA Cup, the league, you know, this is good stuff, pretty good stuff. Really it is. Is anyone really taking this in, though?

It seems little time ago back in the swirling tactical mists and stagnant ponds of Stuart Pearce, a servant of both City and Newcastle, that City’s football was so poor, so devoid of idea and of accuracy, of any hope at all in fact, that a sudden pass walloped at head height in the direction of the totem pole Samaras or the beefcake Corradi extracted excited applause from the faithful. How we looked on aghast as Samaras tripped himself up and Corradi shot for the corner flag.How we died to laugh at the incompetence of it all.

Time, luck and money have moved us all on to a new place, where passes skid along the ground, find their target time after time and end with little triangles of possession that makes Stuart Pearce’s time in charge look like a re-enactment of the Battle of the Somme. Joey Barton, let us not forget, was our midfield linchpin and artistic director. Hatem Trabelsi trawled the touchline and Ben Thatcher added the bite (and shame). What an awful time we were all having. You could count the season's goals on the toes of a sloth.

At the weekend, Newcastle, it has to be said, contributed royally to their own downfall by arriving in Manchester heavily burdened by the psychological baggage of a record against City which has deteriorated stunningly since 2000. Who in their right mind would have thought that Alan Shearer’s simple winner at Maine Road in September 2000 would be the last time the Magpies carried off the points from a visit to City? They looked so regal to our pauper's clothes that day, as if they could go on forever waiting for us to endanger their goal. In the ten matches between the sides since then in Manchester, just two paltry points have left the place with the visitors’ coach.


These days, City’s possession of the ball – on occasions like this when the opposition is made of lumps of damp papier maché and selotape – can last for minutes without interruption. In the 43rd minute, sandwiched neatly between City’s first two goals, came a good example of the sort of 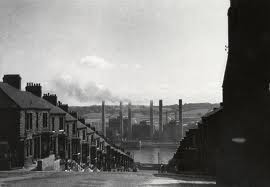 overpowering possession City have these days. It was at once an eloquent expression of who and what we are these days and also a decent enough summary of City’s season thus far: that it involved a 90 second period of short passing that took the team up to and around the edge of the Newcastle box, then back to deeper than where the move had started, then back again to the danger zone to deliver a presentable chance for Edin Dzeko was somewhat typical. Brutal, aesthetic precision, a dreamy exercise in acute angles. To Stuart Pearce, this would be called “fannying around” in the aftermatch dressing down. To Mancini probably “ornate possession of ball”. Arsene Wenger would have passed out with the loveliness, the directionless, dreamy idle diagonal motion.

The lack of quality in the Premier League is revealed not only in English teams’ inability to progress in this season’s Champions League, not only in this Newcastle side’s continued participation in the Europa League (they head to Benfica for what is likely to be a good pasting on Thursday) but also here in City’s effortless 2nd place, three hundred points behind a painfully average Manchester United side. We have gradually replaced goals with passes, points with stale air. How on earth did a Manchester United side that is pale in hue compared to other robust vintages carve out such an incredibly comfortable winning margin at the top?


Post mortems will wait until the season’s pots are polished and brandished, but the clarity and size of the gap at the top of the Premier League table will warrant more than a few short sentences when the curtain comes down on 2012-2013. In the meantime we look on towards the Old Trafford derby with a glint in our eyes and on, beyond that to Chelsea in the semi final of the FA Cup. Newcastle trail off to Lisbon in the knowledge that anything they can conjour will be less supine than their showing against City. At least they are still in there with a shout. For both clubs perhaps the season still holds positive endings.

Hart: 6 Troubled by little, but did well with what came his way
Zabaleta: 7 Let little past him and got up the right side on many occasions without his usual successful penetration
Clichy 7 Lively up the left and linked well with Silva and Nasri
Kompany 7 Fancy goal on his return and full of running and energetic tackling. Great to have him back
Lescott: 6 Looked assured alongside Kompany, but was pulled around a little by Newcastle's occasionally interested forwards
Silva 8 Enjoying good form at an important moment of the season. Takes more punishment than people realise and gets up and gets on with it without complaint
Nasri 7 Linked beautifully with Silva for the second and appeared more interested than of late.
Yaya: 7 Usual stuff from the big man, hassling and hustling, bursting forward to frighten the Newcastle defence. Impossible to shake off the ball.
Barry: 7 Glaring miss in the first half but still contributes greatly to how everything ticks over
Dzeko: 6 Mostly ineffective against a defence that was there for intimidating. Did not manage to do this.
Tevez 8 Lively and destructive, the little man is in fine form and adding goals again.Into double figures with this opportunistic strike.